The Australian melodic doom/death metal recording project Subterranean Disposition has agreed to a deal with the Canadian underground label Hypnotic Dirge Records known for acts such as netra, Ekove Efrits, The Foetal Mind, and Exiled From Light among others to release the upcoming self-titled debut album in late summer 2012. Subterranean Disposition is a one man project headed by veteran musician Terry Vainoras, known for being involved in numerous projects within the Australian metal scene over the years such as The Eternal, Cryptic Darkness, and Insomnius Dei among others. 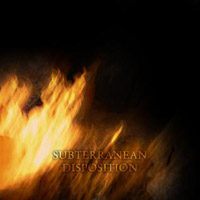 Originally inspired by and conceived as a follow up to the music Mark Kelson had written for his and Terry’s Collaboration on the Insomnius Dei album ‘Illusions of Silence’, the forthcoming self titled Subterranean Disposition album explores further the use of dissonance and ambience, lending more dynamics to the long passages of darkness and light, crafted from the influence of early 90’s doom metal with forward thinking embellishments in song writing , in comparison to the likes of Cult of Luna and Bohren und der club of Gore… as evidenced in the first released track ‘The Most subtle of storms’.
In speaking about the signing with Hypnotic Dirge, Terry Vainoras had this to say: “I am overjoyed to be joining the great roster of bands at HDR, I feel that there is an cool aesthetic and work ethic kinship between the band and label and I am very much looking forward to working side by side with them to release this long awaited debut this summer.”
In the meantime, you can check out the Subterranean Disposition page on HDR’s website for more information.
You can listen/watch the first released track ‘The Most Subtle of Storms’ by clicking here.