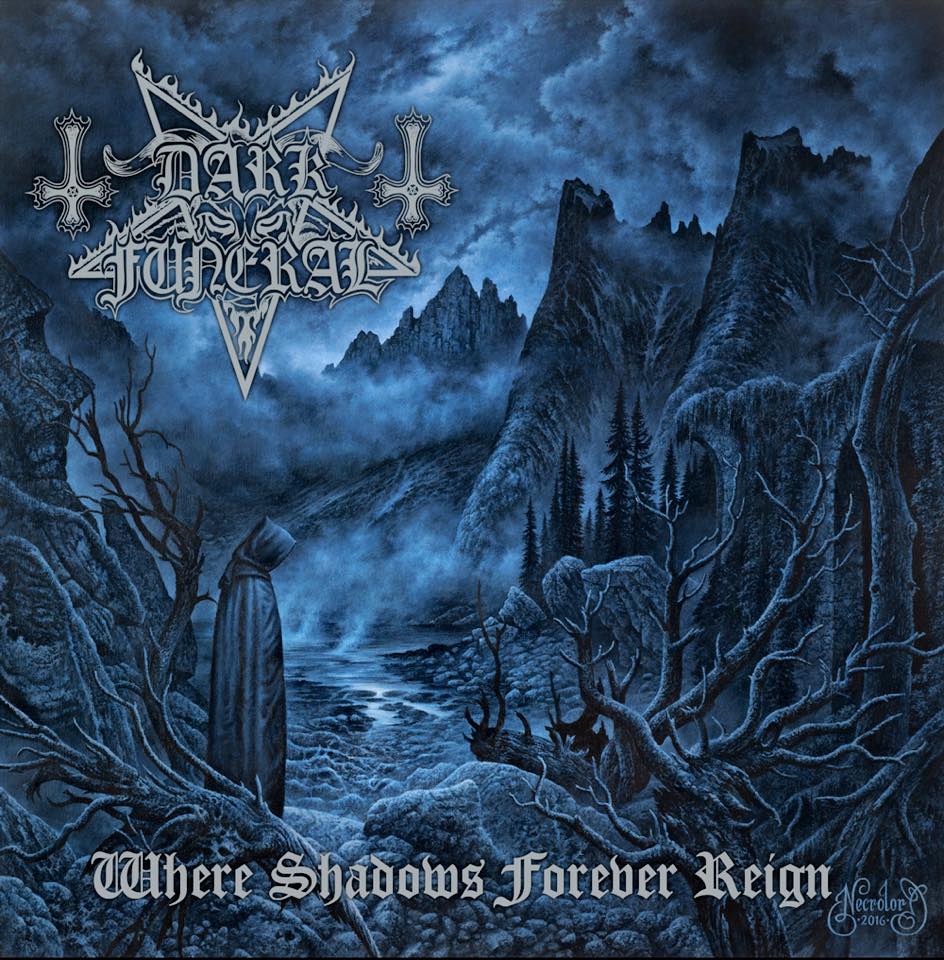 DARK FUNERAL – announce release date for new album “Where Shadows Forever Reign” & reveal album cover!
Six years after the release of their latest album, the Swedish masters of black metal, DARK FUNERAL, will finally release their new album on June 3rd, 2016 via Century Media Records! It will be entitled “Where Shadows Forever Reign”.
Lord Ahriman comments: “Wow, did 6 years pass already? Time surely flies fast! But you know what, we’re back! DARK FUNERAL is back! And in true DARK FUNERAL spirit, like so many times in the past, we continue to push all boundaries musically & bring Black Metal into a new, fresh & dark dimension. This is by far our most professional, technical, dynamic & epic album thus far. And compared to previous albums, each new song offers a unique spirit & identity that is more profound than ever. And whether you like extreme Black Metal or not, I’m sure every fan of Metal will find songs on this album that they can enjoy to its fullest!
Every piece of the new album is combined into total perfection. The music, lyrics, musicianship, artwork & production. The artwork was made by Necrolord and the album was recorded at Dugout Studios with producer Daniel Bergstrand and studio engineer George Nerantzis. And I couldn’t be more satisfied with each and everyones contribution.
Anyway, it feels absolutely fantastic to be back with new music. And I can’t wait to let you all enjoy our latest Satanic Symphony ‘Where Shadows Forever Reign’. See you all soon somewhere on the road!”
DARK FUNERAL live:
06.05.2016 – Liljan, Borlänge, SE
07.05.2016 – Incineration Festival, London, UK
03.06.2016 – Metallsvenskan, Örebro, SE
05.06.2016 – Fortarock 2016, Nymegen, NL
17.06.2016 – Graspop Metal Meeting, Dessel, BE
18.06.2016 – Hellfest, Clisson, FR
29.07.2016 – Metaldays, Tolmin, SL
13.08.2016 – Brutal Assault 2016, Jaromer, CZ