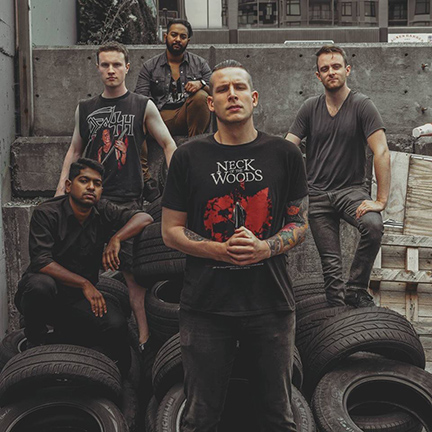 Vancouver BC-based progressive death metal band TECHNICAL DAMAGE have released its debut album The Introspect. Frontman Kurtis Jeffery shares his thoughts on the album:
“Trying to balance what is ultimately a multitude of different lives over the past year has drawn upon wells of creative and critical energy whose depths I had not fully realized until we sat down to write this record. The Introspect has everything – walls of sound, brutal death metal, reggae breakdowns, huge synthesizers – and it is a manifesto to the complicated nature of human beings and how we see ourselves. Even if you aren’t drawn to metal, there is something for everyone in this piece of art.”
Stream and download The Introspect at technicaldamage.bandcamp.com

New MASTER Song 'Stand Up And Be Counted' Online!