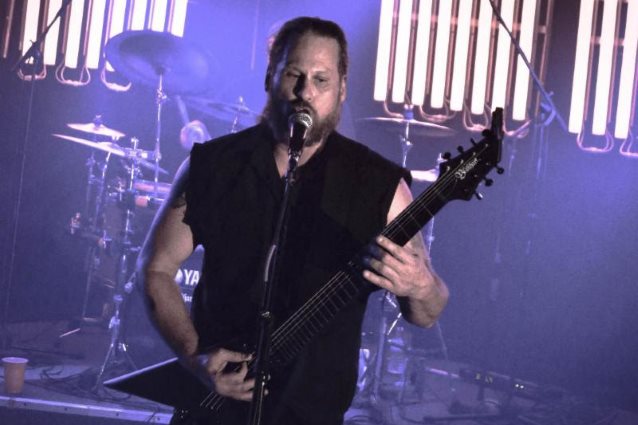 Metal Wani recently conducted an interview with MORBID ANGEL and WARFATHER frontman Steve Tucker. You can now listen to the chat in the YouTue clip below. A couple of excerpts follow (transcribed by BLABBERMOUTH.NET).
On the progress of the songwriting process for MORBID ANGEL’s next album:
Tucker: “It’s much further than the initial stage. But, to be honest with you, I really can’t go too much into the MORBID ANGEL thing. There’ll be press releases coming soon, and there’ll be a lot of news on MORBID ANGEL. But we’re much further than the first stages — I mean, we’re much further along. As far as exact times, dates and things like that, there’s really nothing I can say at this point. As soon as we have that stuff… as soon as things are concrete, it’s usually announced with MORBID ANGEL.”
On former MORBID ANGEL and current TERRORIZER drummer Pedro “Pete” Sandoval, who now lives his life as a born-again Christian:
Tucker: “As far as all that goes, I think everyone that’s ever been involved with MORBID ANGEL loves Pete. Pete Sandoval is a legend himself. I mean, I think he changed drumming. As far as what Pete’s doing now and things like that, man… I mean, I’ll always think of him as one of my best friends, and I think everybody in MORBID ANGEL feels the same way. But I think what Pete’s doing right now in life is really Pete’s decision, and anyone that doesn’t like it, I think they’re a hypocrite. He’s a grown man who’s been around the world multiple times, and he’s well capable of making his own decisions.”