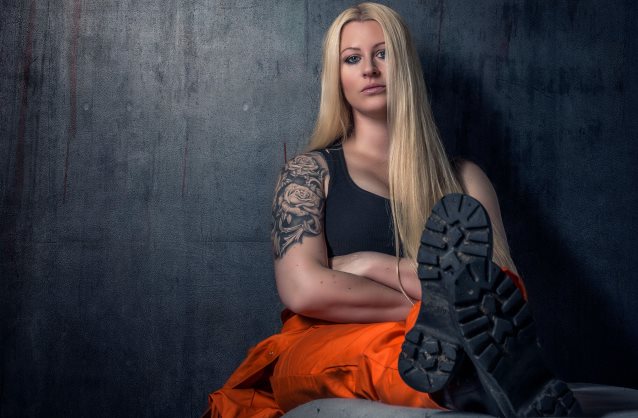 “Time To Run”, the new video from Dutch metallers IZEGRIM, can be seen below. The clip was filmed in Belgium in cooperation with Panda Productions under the supervision of Jens de Vos, who has previously helmed videos for ABORTED and EPICA. The song’s lyrical theme deals with a deranged murderer brutally killing people at random for no reason.
IZEGRIM vocalist/lyricist Marloes comments: “It represents a stunning and powerful hell-ride into the gruesome depths of my freaky mind. The victims’ faces are just pictures on the wall to me.”