One of the revelations of the New Chilean Death Metal is SIKARIO, which have released their long awaited debut album NOOCRACY under AUSTRALIS RECORDS.

The young band formed in 2005 in Santiago, presents in more than 30 minutes a certain and precise hit in the balls for those who expected a monote and bored sound. NOOCRACY shows that the harshness and violence is a hallmark of SIKARIO, but is not brutal and senseless brutality, on the other hand the melodic and technical breaks will leave you wanting to listen and listen again to this new exhibition of brutality. 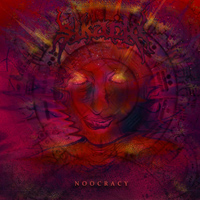