The Lebanese Thrash Death Metal act InnerGuilt, has been working over 5 months on their highly-anticipated, full-length album; “Slanderous Society”, the band that was talking about since their co-headlining concert in India-Hyderabad with Decapitated.
“Slanderous Society” will be the band’s first album release under InnerGuilt, after establishing their name in 2004 with the local scene as Tristmoon and releasing an album in 2010 titled “the Dungeon”. The brutalizing new platter will see the sun in the coming months and followed by a tour. 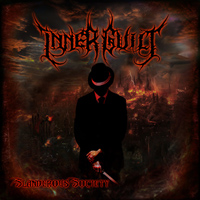 Tracklist:
01. A New Deception
02. Burn
03. In This Prison
04. Slanderous Society
05. Terrorized By Silence
06. My Time To Destroy
07. Burden Of Guilt
InnerGuilt released a track in January 2011 titled “Burden of Guilt” which will be featured on the upcoming album, and you can listen to the track through the band’s official website www.InnerGuilt.com