Hail to the Florida death metal legends!..How is life going on the frontline of Brutality?
Scott : Things are going great, we thank you for wanting to do this interview with us. 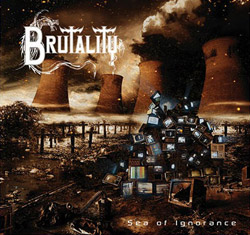 Congratulations for your full lenght album ‘’Sea of Ignorance’’ after nearly two decades.Are you satisfied from the conclusion?
We are very satisfied, It turned out better than we could have hoped for.

Could you narrate the story of the band from the first days in 80’s to the 90’s and creating period of solid sound of Brutality ?
The band started in 1986 as a 3 piece band playing in a more thrashy vain. As we got better at what we did we went in a more death metal sound, and that's where we are today.

There is a situation of Brutality that could be described as ‘’underrated’’ in comparing of other well advertised bands from the scene of Florida…What do you think about this situation and what are the reasons?
We came out just a little later than the other well known bands. We were part of the second wave of fla. death metal bands and just didn't get the push that the others did.

You reuntied two times in 2000’s,first one was a very short period and second one is concluded ‘’Ruins of Humans’’ e.p and then a full lenght now.Why did reuniting take too much time?
We wanted to do it right or not at all, so it took some time. I fell that it was worth the wait, we put out 2 really good releases that we are all proud of.

Brutality’s sound is very solid and music is very characterized since the very first days of band and that brand solid sound still you have in Ruins of Humans and Sea of Ignorance.What are the elements that you have focused on writing songs?
We like to have lots of feeling in our music, we write songs that we would like to listen to. Anybody can go fast,but putting feeling into your songs is what we like to do. Its the way we have always written. we all have differnent influences and it shows in our music.

Would you tell us the process of recording ‘’Sea of Ignorance’’ and other details?
We did it the old fashion way, we went in there and recorded it. Nothing fancy just the way we always have. Its great to get with the right people and do what comes naturally, theres nothing like it.

Electric Funeral cover from Black Sabbath was magnificent and still it is, maybe the best Sabbath cover song since ‘’When the sky turns black…’’ album hit the metal scene,and now you have a cover of Bathory from the Hammerheart period(Viking era),’’Shores in Flames’’ in ‘’Sea of Ignorance’’…and I find it very interesting too.How did you pick your cover songs?Can you tell us the story of both cover songs…
We are influenced by both bands. We have been listening to Sabbath since we were kids. We were doing Electric Funeral since before we got signed, it was just natural that we cover that song. As far Shores in Flames we have all listened to Bathory through out the years, so when we said lets do a cool cover Jay said lets do Shores in Flames and Scott and I were like that's a great idea lets do it. 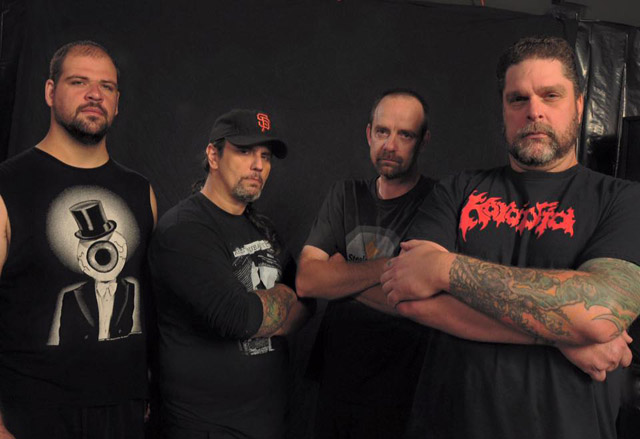 Usually bands describe their best albums are the last ones…Maybe a hard question now,which is your favourite album of Brutality from 90’s,’’ Screams of Anguish’’ or ‘’When the Sky turns Black’’?And can you tell us the stories of writing and recording of both albums in 1990’s and your Florida scene?
Screams for me is the best because we had been writing that album for years before we got signed. That's the album most people know us by thats our classic album. As far as When the Sky Turns Black its a close second I love that album its more dark and dirty than screams, but just as heavy and sick. The Florida scene in the 90s was a whos who of legends. Every weekend you could go out to a club and see Obituary ,Morbid Angel or Nocturnus it was a great time to be in a band.

What are the lyrical concepts in ‘’Sea of Ignorance’’?Are there any changes in concepts of lyrics?
The fucked world we live and it seems the only way to fix it is to destroy it ,were screwed. We have always done lyrics that have to do with real things in the world, we have done others but our best is about real life. Writing lyrics about Satan and killing is cool and all, but we think real life is much more scarier.

You have some member changes in line up after Ruins of Humans and in the course of the recording period of Sea of Ignorance,can you tell us the story?
Jim and Don had other projects they wanted to do and decided to not record the seas record.

How did you contact with Repulsive Echo?Are there any co-operative record labels?How can fans reach your albums and where?I heard that you re-released all your albums from your record label?How does it work?
We have been with Repulsive Echo for awhile now, pretty much we got back together. Kostas is a very cool dude and a long time fan. We work with people who have been fans and have labels or distro. most labels want to rip you off and keep you music for 20 years or more, and we were not willing to do that. We have good relationships with who we work with, they are fair with us we are fair with them. Fans can get our albums through our Facebook page, or your local mom and pop stores, and online from different sites. We own the rights to our music now and we put it out when we can,its great to have that freedom. 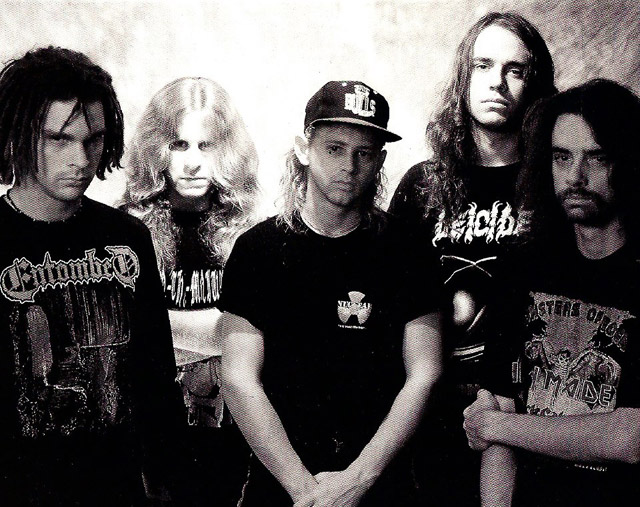 Are you interested in touring in Europe and Usa?Any live gigs in upcoming days?
We don't want to do any touring. we have jobs and families. We would like to do some festivals and see where it goes.

You were contracted with Nuclear Blast in 90’s,how was it worked for you back in days?
They ripped us off like labels do. they never put anything into us we sold by just word of mouth. Nuclear Blast is a very sore spot for us.

What are you guys interested in your personal life out of music and Brutality?
For me its my family, I love my wife and kids and would not change a thing about my life. Its great.

Sea of Ignorance is a kick-ass comeback album that I can describe easliy .I wish you the best in next and thanks a lot for this interview and your honest answers….Please tell your last words to the new and old fans for the end this interview?..Cheers!!
We did this album for you our fans, without you we would be nothing. Thank you all for all your support through out the years. Also thanks for the killer interview and support. STAY BRUTAL