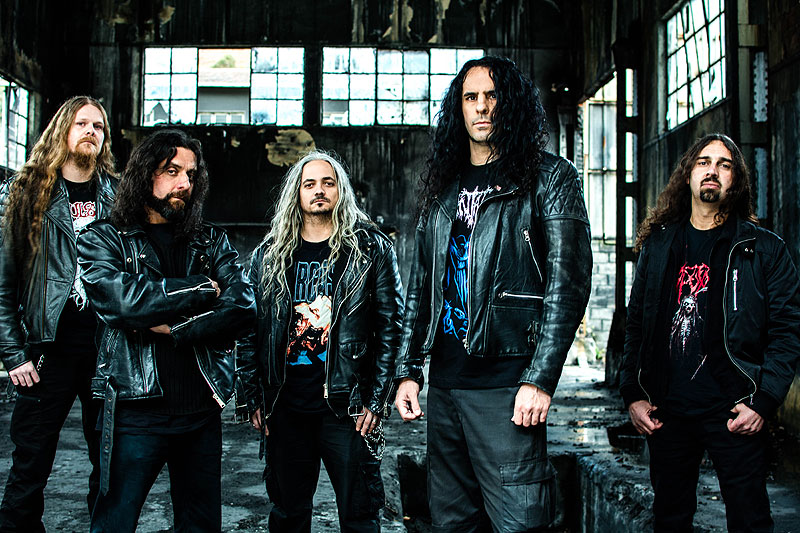 To celebrate the 25th anniversary of AVULSED, the band decided to commit a very ambitious project which is no other than recording a double album including 18 of their best songs from all their albums, EP’s and demos. Instead of just doing a dull compilation with original songs, the band wants to do a “no fillers, just killers” release showing the evolution that the songs have suffered during all these years where the band’s sound has been getting heavier and songs have got slight mutations through the times.
This double album (80 min.) will be released in a deluxe double CD digipack with slipcase and a thick 40 pages booklet containing the original versions on disc #2 (just for the freaks who hate re-recordings), double gatefold 12″LP and double Cassette with slipcase!! But to make this release even more interesting, AVULSED will have very special guests from other bands singing in most of the songs!! They are: Peter (VADER), Barney (NAPALM DEATH), Tomas Lindberg (AT THE GATES), Sven (ABORTED), Antti Boman (DEMILICH), Chris Reifert (AUTOPSY), Per Böder (GOD MACABRE), Anton Reisenegger (PENTAGRAM CHILE), Kam Lee (ex-MASSACRE), Rogga Johansson (PAGANIZER), Mike Van Mastrigt (ex-SINISTER), Ville Koskela (PURTENANCE), Will Rahmer (MORTICIAN), Ludo (SUPURATION), Johan Jansson (INTERMENT) & last but not least, Paul Zavaleta (DETERIOROT). A total of 16 singers in 16 of the songs!!
Title for this album will be “Deathgeneration”, since 25 years means a whole generation devoted to Death Metal, and cover artwork will be made, once again, by the awesome Juanjo Castellano who worked on the two latest AVULSED cover arts. Expect another masterpiece!! Release date for this take place next autumn, right before the two very special 25th anniversary shows that AVULSED will offer in Madrid (Nov. 19th) & Barcelona (Nov. 26th). Support bands for the show in Madrid will be another Spanish Death Metal legend APOSENTO and newcomers BIZARRE who will also open on the Barcelona show accompanied by another band which is confirmed, but we can’t announce yet!! An official live CD+DVD will be recorded & filmed in Madrid!!
“Deathgeneration” will come on a very limited black boxset with silver foiled logo, of which only 100 copies will be made containing the 2-CD, 2-LP & 2-MC. This special cassette release can only be obtained on this boxset that will come with T-shirt, poster, signed photo card, sticker, patch, badge, guitar pick and other goodies. The 2-CD, 2-LP & T-shirt can be obtained separately or in bundles too. For this ambitious (and expensive) project, AVULSED will need the inestimable collaboration of its fans for which the band will release a Crowfunding campaign during the next months.
Recording sessions for “Deathgeneration” will start tomorrow 24th of March with drums being recorded at Cadillac Blood Studios with Andy C. (LORD OF BLACK/ SARATOGA/ KAOTHIC) on production and rest of stuff being recorded at La Casa del Ruido Studios with Daniel Blanco engineering for a later mixing at Overhead Studios by Raul Fournier “Furni” and final mastering again at Unisound Studios by Swedish mastermind Dan Swanö. All this process, including each guest vocalists’ contributions, will be a hard process (just imagine, it’s a double album!), that will take the next three months for which the band has slowed down its live activities.