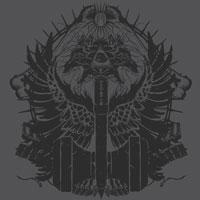 Minneapolis, MN’s crustiest, blackest, meanest export, WOLVHAMMER, have announced the release date for their upcoming debut full-length, Black Marketeers of WWIII, which was recorded by famed knob-twiddler Sanford Parker and will be due out July 13, 2010 on Init Records. The album will be available for purchase in the next 4-5 weeks from Init’s website, and the band will also have copies to sell at their upcoming shows with Baton Rouge doom lords THOU.

Annotations Of An Autopsy