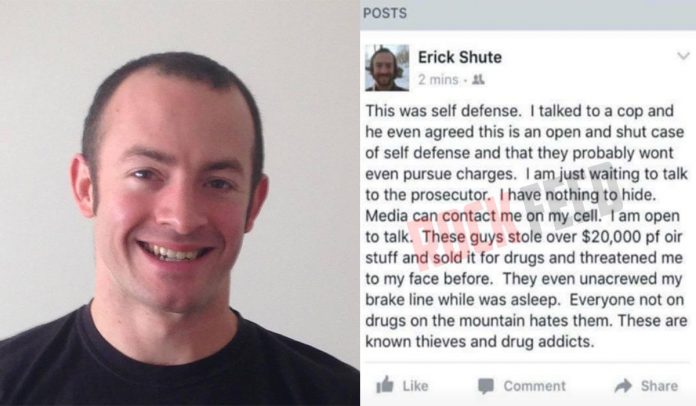 The vocalist of Pyrexia has been arrested in connection with a triple murder that occurred yesterday in Morgan County, West Virginia.  Erick Shute allegedly ambushed three men from the woods in Cacapon Resort State Park in West, Virginia. He was picked up eight hours later in New Jersey following a manhunt.
Shute had been involved in property disputes with the men in the past, which culminated in the reported killing. MetalSucks reports that he was enraged that the men were clearing firewood near his property.
The metal frontman’s Facebook page contains survivalist and anti-government materials with an emphasis on his love for firearms.
Rock Feed has obtained a Facebook post (that was later taken down) by Erick Shute, claiming self defense shortly before his arrest.
Source: Rockfeed.net and Metalsucks