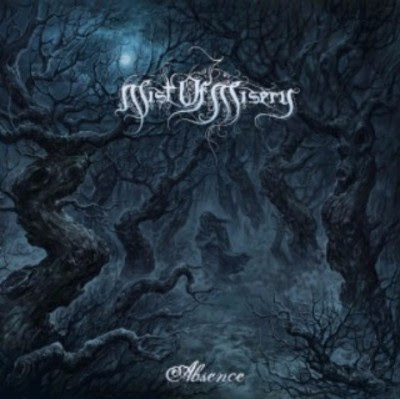 Mist of Misery initiated their musical voyage back in 2010, March.  The band is having two Extended Plays and one Full Length on their discography.  They are set to release their second full length from Black Lion Records in the early August.
Their new album, entitled as “Absence” is a huge step forward in terms of production, song writing, lyrical depth and overall atmosphere. Mist of Misery has entered a new phase, one that aims to evoke depressive, melancholic and ambient atmospheres in the minds of listeners at a whole new level. On this album, it was done mainly through the introduction to even more melodic and symphonic influences. The music is intended to set the listener in a different and almost meditative state of mind in order to absorb its true depth. The sophomore album which is a unique amalgamation of two different kind sub-genres, delivers nothing but Nine tracks of Cold, Obscure and Depressive form of Arts. A musical adventure that will eventually bless the listener with a melancholic, yet beautiful experience.
The album was recorded, mixed and mastered in Forlorn Halls Studios and on various private locations in Stockholm, Sweden 2010 – 2016.
The artwork was drawn by the exceptionally talented Russian artist Alex Tartsus.