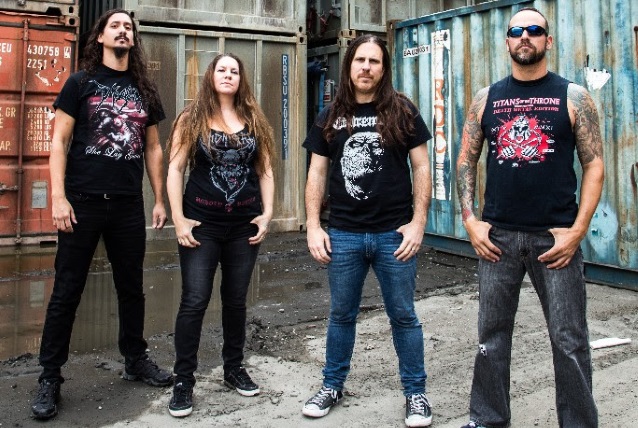 Death metal defenders of the old GRUESOME have released the official video for the song “Inhumane”. The track is taken from the band’s second album, “Twisted Prayers”, which will be released on June 1 via Relapse Records. The clip was directed by Jeffrey Sisson (EXHUMED, ORIGIN) and can be seen below.