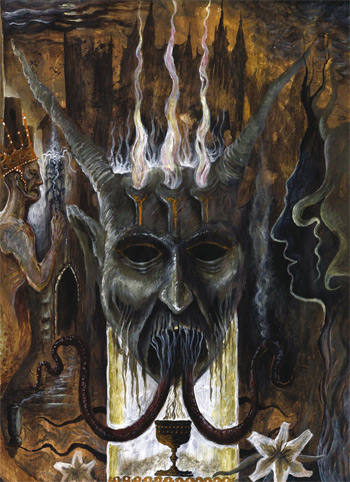 Italian label ‘I, Voidhanger Records’ does not cease to amaze with the extraction of excellent pearls from the underground depths. One of them is the French Esoctrilihum, whose debut appeared in the middle of last year, and on February 23. The second full-time disc of this band was announced “Pandaemorthium (Forbidden Formulas To Awaken The Blind Sovereigns Of Nothingness)”. While the debut was embedded in black metal with occult music, the first of the new songs from the new album heralds much more death / dark metal material listen below :