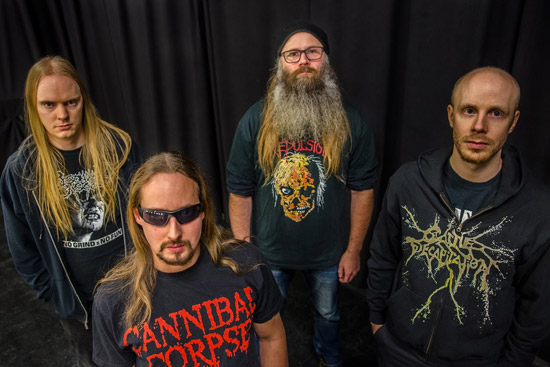 Swedish death metallers DERANGED parted with his current vocalist, Anders Johansson. Anders joined the composition in 2011 and since then has recorded one album with the band – released a few months ago, “Struck by a Murderous Siege.” He was succeeded by Johan Bergström (Visceral Bleeding).
As reported DERANGED: “2016 years was the very fruitful. The first performance in the US, an amazing tour in Indonesia, the new agreement with Agonia Records and the release of the ninth album. That’s it cost us a lot of work, so we would like to thank the organizers, the press and above all our fans. Starting 2,017 years, we have both good news and bad news. first the bad: Anders left the band. he decided to sacrifice family. we parted in friendship and wish him the best. as for the good news: we’ve already found a new vocalist, Johan. It An old friend, a great behind the microphone and vibrant energy on stage. You’ll find this in the spring, during the upcoming concerts in Europe. “