Greetings John, how are the situations in Scotland? You’ll be on stage in Wacken. How are the preperations going on?
Yeh, things are good in Scotland, It typically wet at this time of year here, but we’re all very cold blooded and have an uncanny grasp on surviving at low temperatures so we’re quite used to it. Yeh, the preparations for Wacken have been going well, we just got back from the Metalcamp festival in Slovenia and have been rehearsing since then. 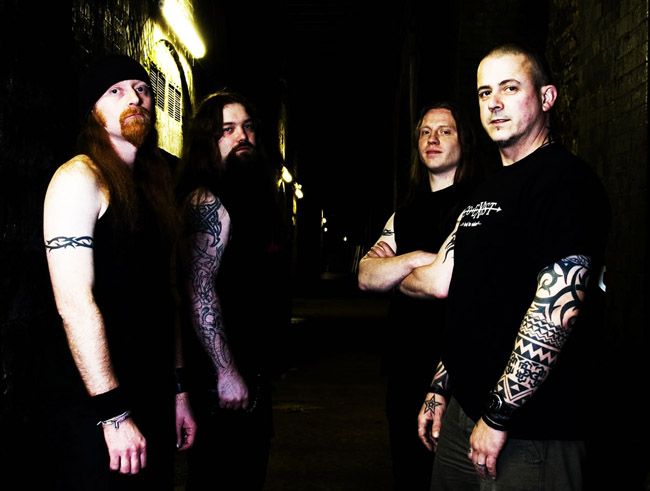 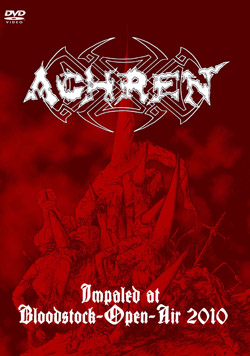 Last year you released a DVD called "Impaled at Bloodstock-Open-Air 2010" and you had no full lenght album before. Has it been made to be a reference to such concert applications?
Well, we have been working on the album for some time as well. We got the opportunity to do the DVD last year and made a quick decision that it would help in having good footage online, obviously it helps with booking and allows people to see what the band are like in a live enviornment. It has definitely made a big difference to us.

You released a song called ”Impaled” from that DVD, and I met your band by this video. I said ”wow… what a band”, but the crowd were too calm for such a band and such a song. Why?
Haha, well, the DVD was filmed at 12 noon and we were quite happy with the volume of people who managed to crawl from their tents to see us. UK festivals do tend to start and end a lot earlier than most other European festivals, hopefully the next DVD we do can be filmed in the evening when the hangovers have gone!!

You’ll release an album soon which is called "The Forgotten King". By which company will it be released, or will it be self-release?
We are releasing the album on the 11th August the same night as we open this years Bloodstock-Open-Air 2011 in the UK and we’re self-releasing at the moment. We have been talking to a couple of distributors about it but as its self-financed we think at the moment a self-release is the best way forward. The album is available to pre-order online at http://achren.bigcartel.com 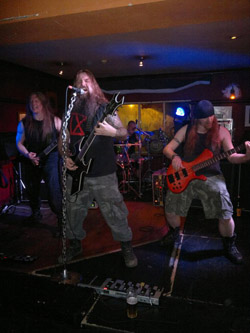 I have no idea about your earlier products, I watched the DVD only. Can you give some information about the new album? Sound, genre, recording ect.
Yeh, we recorded the album at various locations in Scotland, it was mixed in Finland at Drop Hammer Studios by Mathias Helle and mastered in Sweden by Jens Bogren at Fascination Street who has worked with Bloodbath, Devin Townsend and Amon Amarth amogst others. We have a very European sound so it was important for us to find the right people to give the album the rawness we were looking for.

Are you planning for a tour after the album? Is there any organization that fixed already? It shall be amusing to see your live performance.
Yes, we have plans for October. We have Wacken, then Bloodstock and after that we will be promoting the album. Hopefully ore dates will be announced soon.

You consider your style as ”blood metal” and you released an EP by the same name. Some bands formed new genres or sub-genres with the names of their songs and they trailed the new bands (just like Venom – Black Metal). Is yours such an attempt? Because I think that name is very fit with the music that you do…
Thanks, well it does seem to fit, we all listen to a wide range of music and hopefully we try and create something a little different. I think that comes across in the DVD and also when you hear the album.

I wonder the meaning of Achren. I found the meaning of this word in German, but maybe it has a different meaning in your language. How did you decide to choose this name?
Yes, its an old Celtic word for Otherworld. 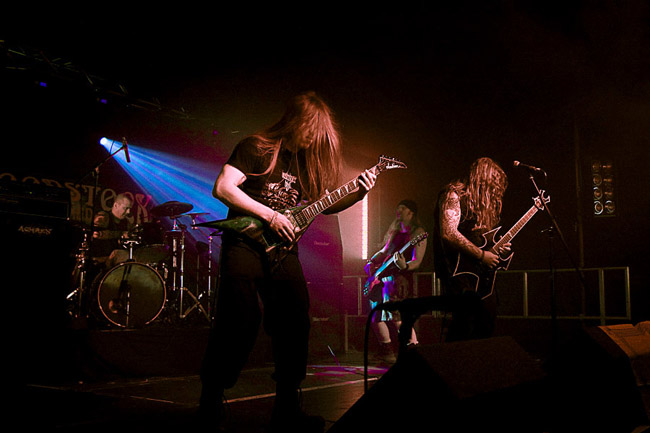 Approaching to the end, what will we hear form Achren in the near future? Can you explain your secret plans? 🙂
Well, as I said we have the festivals to finish for the summer then we are concentrating on album promotion. We are hoping to pick up European dates for next year and also we have started work on album number 2 with around half the album in demo format at the moment.

That’s all for now. Maybe we do an interview again with different questions. Is there anything that you want to add? Hails to the friends in Scotland.
Yes, come and check us out if your at Wacken or Bloodstock in the UK over the next two weeks and… fuck it hard!!