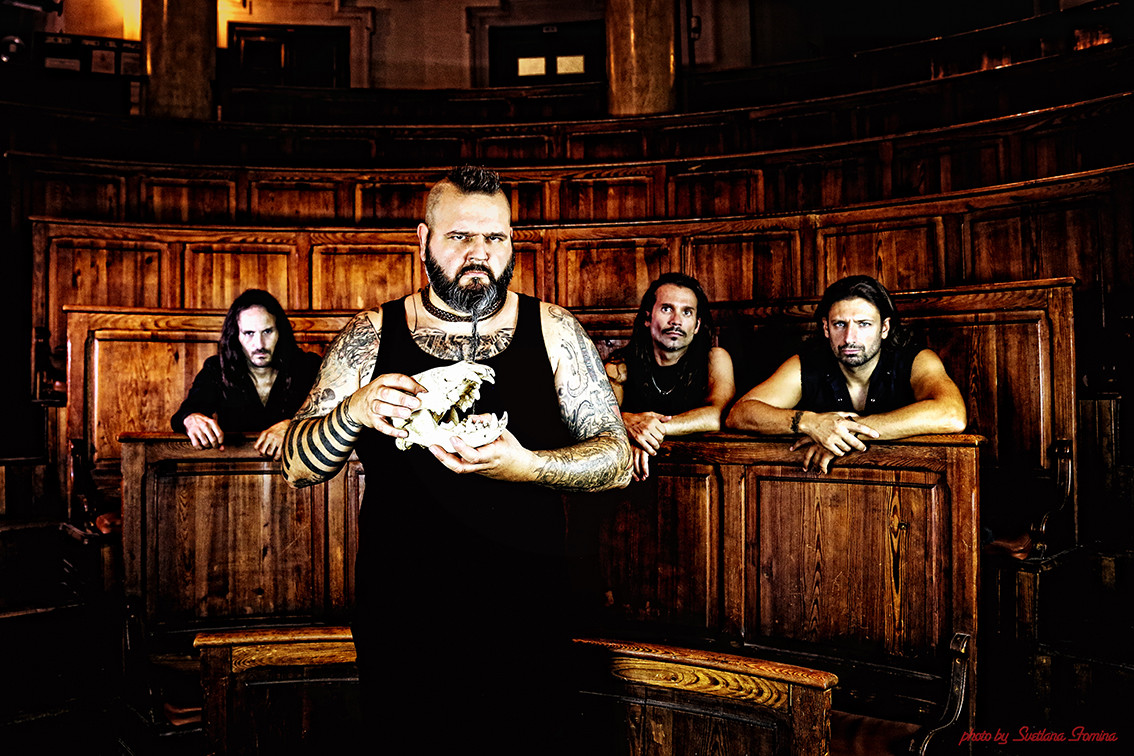 “Hyaena” is the new, long-waited album of Italian Progressive Death Metal legends Sadist. Produced and mixed by Tommy Talamanca at Nadir Music Studios in Genova, Italy, “Hyaena” is a compelling mix of the band’s traditional Death Metal and Progressive influences with ethnic and tribal sounds.
All lyrics, written by the singer Trevor, are centered around an intriguing concept about one of Africa’s most fascinating predators, whose legend says is ridden by the devil.
This is without any doubt the band’s most mature, diverse and experimental album to date, in which every detail has been meticulously looked after, musically and visually (the beautiful front cover by painter Luca Orecchia and booklet design by Manuel Del Bono are both top notch).
The cover artwork, tracklist and a videoclip for the first single ‘The Lonely Mountain’ will be released soon. “Hyaena” features a very special guest appearance by percussionist Jean N’Diaye, who will also follow the band on stage on the next tour, and will be available starting from October 16th on Scarlet Records.