“Irreverent Opus” by Mordant Rapture is a nearly 11-minute long exploration of the sonic space between symphonic death metal and technical black metal – a brutal cacophony of sound that is as cinematic and lush as it is menacing. The band recalls legends like Emperor, Dissection, Necrophagist and Spawn of Possession while remaining modern in their approach and original in their expression.

On the themes of the release, the band stated:

“We began work on the next release [“Irreverent Opus”] immediately after recording our debut EP and in the time since we’ve been able to refine our song structures and lyrical themes to suit the feel of each song. ‘Irreverent Opus’ is kind of like a modern take on Don Quixote but centered around the moments when anyone can succumb to delusions and blindly act on what they see as a threat to themselves and others. Musically it was an experiment to see how far we can push forward in both directions of technicality and symphonic elements while staying very melodically focused all while conveying a sense of emotion. It was a tall order to say the least and a massive learning experience, but we’re all incredibly proud of the end product. We wanted to create something that could take willing listeners on a journey and truly hope it finds its way into some people’s lives.”

Formed in 2013, Mordant Rapture is a symphonic technical death metal band that combines grandiose orchestration inspired by 17th and 18th century Baroque era masters with blistering guitar work that interweaves crushing brutality with melancholic melody. These intricate compositions are driven by apocalyptic drum work and adorned with vocals that invoke the wrath of the gods by channeling the darkest depths of humanity.

Thematically, the lyrical content often examines reflections on futility, dualism, Manichean psychological and spiritual struggle, and the Sisyphean journey for ineffable truths through endless dialectical purging and synthesis through negation. A requisition of the sins of the past, a reconciliation between corrupted mind and withered body, and a darkly inverted messianic call to a non-linear existence are just a few concepts featured in upcoming releases.

All of these elements are combined to create a whole that is greater than the sum of its parts. Mordant Rapture is determined to push the boundaries of each member’s technical proficiency on their respective instruments and challenge preconceived notions of what it means to be a musician in the metal genre. 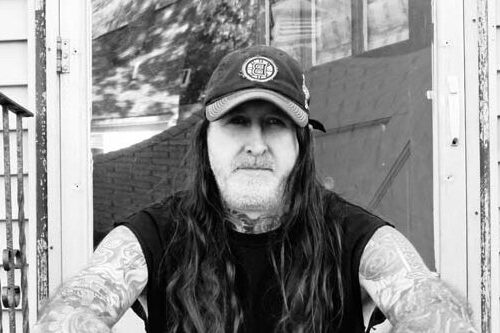