It only happens once in a lifetime to celebrate a band’s 25th anniversary and you did it with style at the Rock Hard Festival in front of a home crowd (not even far away from Essen if that matters). So, what was that show like?
Mille Petrozza (vocals, guitar): That show was amazing. There was magic in the air. It sounds cliche but there really was. It was really a special moment for the band.

You’ve even recorded and brought the show out on a CD.
Yeah, we gave it away for the fans. Everyone that buys the Rock Hard Magazine gets the free live CD. 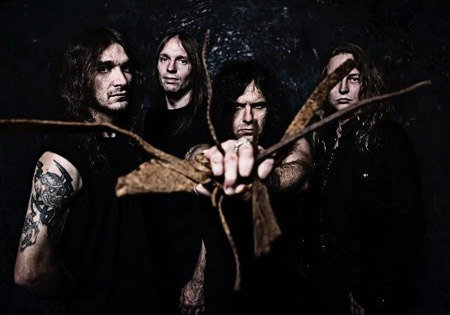 Besides the fact that Rock Hard is a German magazine – in fact, the number one metal magazine in Germany – do you have any special connection to those guys?
Oh yeah, we have history, man. We know the guys since they’ve started. They’ve seen us when we were still called Tormentor, in a very small place. We were both metal fans so we knew each other.

Besides you, drummer Ventor is the one who has been playing in Kreator for the longest period of time but he left the band in the 1990s for a few years. What was the reason for that?
He had some personal issues. It was just time for a break. I continued, it’s my band, you know. I mean, we started it and sometimes we need a break. He’s the most physical guy, he’s the drummer so he needed a break to sort out some personal stuff. 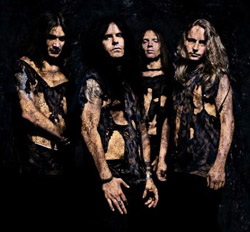 What about the other guys? How long has the current line-up been together?
Oh, since 2000, man. Ten years.

So, would you say that this is the most solid Kreator line-up ever?
Yeah, I have the best musicians in my band. Great people, great musicians. It’s amazing.

Is it true that you no longer wanted to play your earliest songs live during the 1990s?
Oh no, that’s not true. I mean, I was experimenting with different sounds for a while and I remember when we did the “Renewal” tour, we played the whole album live. So, we were concentrating on the newer stuff and we wanted to progress. That was always the big thing with Kreator. We always wanted to be ahead of our time and always wanted to keep it interesting. Maybe sometimes too much and maybe sometimes not enough. I think the ’90s were tough for metal bands. We’ve all fallen into an identity crisis. But that also made us very creative because we came up with stuff that nobody would have expected from us at the time, which was good.

People from the German scene like yourself, Tom Angelripper (Sodom), Schmier (Destruction) or Peavey Wagner (Rage) are the ones who keep the old school alive and you are also the founding fathers of the German metal scene of the 1980s. Do you agree?
Yeah, ha ha! Thanx. That’s a compliment, I guess. We try to keep it going.

And could you mention anyone from the younger musicians of today’s scene (in general) who might be as outstanding?
There’s lots of them. There are so many great bands, like Warbringer, Violator or Evile. There’s so much energy and there’s so much bands coming up in every genre, you know. There’s great black / death metal stuff coming out, great thrash stuff… Metal has so many different faces and it’s just great.

Let’s talk about the special appearances that you did over the years. With Kreator, you covered “Grinder” for the second part of the Judas Priest tribute album called “Legends of Metal”. How did you get to that record?
Someone asked us to do it and I thought it was nice. We’re all Priest fans so we agreed to do it. Someone asked us if we wanted to do it and we did it. It was really simple. 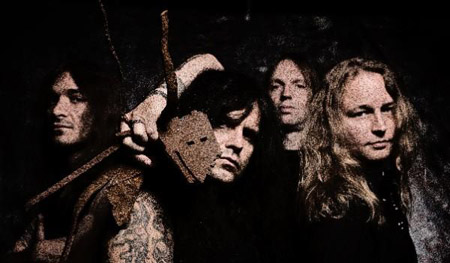 You have also played with people like Chuck Schuldiner or Waldemar Sorychta in that band called Voodoocult that was founded by Philip Boa. Who is that guy and what is the story of the band?
Philip Boa is a very famous guy in Germany. He’s an independent guy, he plays alternative music and he wanted to do a metal album so he invited all his favorite metal guys. Dave from Slayer, me, Chuck, even the guy from Faith No More (“Big” Jim Martin – guitar) was on that record. It’s been a great experience.

You’ve also featured in an alternative version of Edguy’s song called “Mysteria”.
Ha ha! I love Tobi and his guys, man. They’re a fucking great band, you know. I’m not a big power metal guy, especially the new power metal, I’m not so much into it. But I think Edguy’s a good band, especially live. And they’re friends of ours.

It’s funny how categories change over the years. I personally associate the term “power metal” with bands like Vicious Rumors or Metal Church…
I know what you mean but I think that Edguy is the best for all the new generation. They’re just very real. I like them, they have a good sense of humor.

What do you think of the current thrash metal movement? How long do you think it will last?
It’s over. Today it’s going to be over. After today, it will end.