CREATURE‘s latest pummeling math-core assault sees the band speaking out on the human cost of war, foreign conflict and the 3D chess game of global politics.

Speaking on their latest single, vocalist/guitarist James Thompson comments: “‘Lines’ depicts the reality of a global system that is set up like a chess game for the powerful. It was inspired by the UK’s involvement in Syria in the West’s proxy war with Russia – which seems even more poignant with what’s going on in the Ukraine war.

“In Syria, warfare led to the significant human cost and a new generation of refugees. Who benefits? Institutions who have vested interests – be it governments, oil conglomerates or mining companies. It is the people of Syria who lose, treated like ‘lice’ as I reference in the song. When finance and resources are seen as king, the human suffering will only continue.”

The track is taken from the forthcoming ‘HAUNT’ EP, the final chapter in the band’s trilogy of EPs, which is set for release on the 10th of June 2022 via Grey Ghost Records

Get The Shot - Deathbound ft. Rob Watson from Lionheart 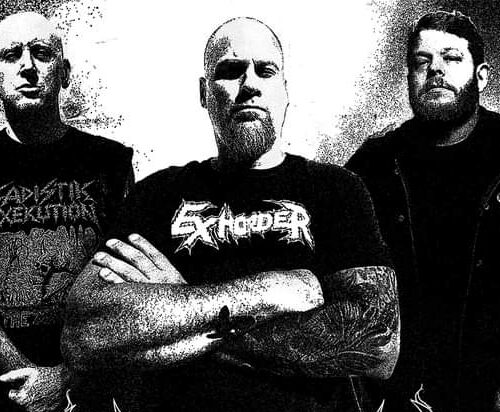