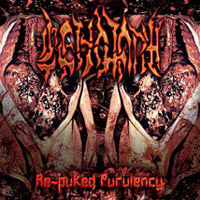 Sevared Records announced the release of the original recording of the massive ultra brutal album “Puked Genital Purulency” recorded in 1997. At the time it was considered to raw and too Brutal to be commercially distributed, so a different cleaner version was recorded again and released. This original recording has never… seen the light of day until now!!! The Brutality the way it was originally supposed to be!! Ultra Brutal Ultra Guttural Death Metal from Turkey. Also, includes all new artwork by Mike (Visual Darkness), and sick bonus tracks including the 1996 Promo Tape recorded live in Ankara, Live rehearsal from 95-95, and the “Life Immortal” Demo from 1995. Sure to be an instant classic. Our in Summer 2011.