Hi, first question is: what sort of things can’t you leave home without? 🙂
Other than the essentials like my wallet and keys, I would say my iPod and phone for sure.

I wonder sometimes what motives guided by people who assume studio projects. What is the origin of the creation of Tempel and your targets?
After we went through the full band experience and became the current two piece incarnation, we knew we were going to be a studio project because it would be impossible to pull off our music live. We had no motivation to seek new members or expand our writing process to anyone else. Since we have a studio at our disposal that Ryan runs, it was a no brainer that we would stay a studio project.
When we’re making our music we don’t really concern ourselves with who our target audience will be. Honestly we just like to make music that we enjoy or would want to listen to. We’re huge fans of metal, so I think Tempel is a representation of what we enjoy as fans. 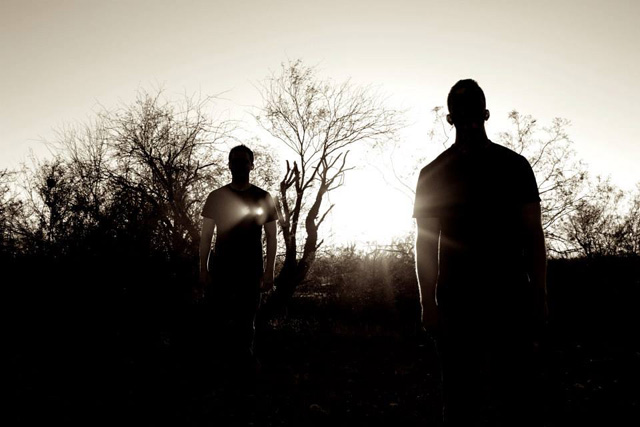 I know that for that time Tempel is a studio project. Is there a chance that you will play concerts?
Not any time soon. We’ve got really busy lives outside of Tempel, it would be another can of worms that we don’t want to open at the moment. 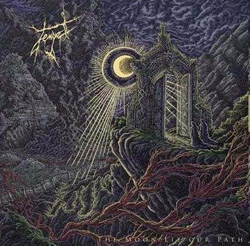 How is the process of creating songs and working in studio? Do you have your own studio?
Ryan writes the songs on guitar first. Once the guitar is finished and the song is structured I get the file and map out my drum parts to it. Then we get together in the studio and we demo out the songs. From there we evaluate the songs with a fine toothed comb and change anything structure wise. When the demos are finished and we are 100% with the songs we go into the studio to record the final songs.

You’re signed to Prosthetic Records. How did it happen? It`s a good label, did you expect that would be interested in your music such label like that?
In 2012 we released our debut “On The Steps Of The Temple” digitally on Bandcamp. We essentially did it for fun and wanted to see what would happen with it. We did not expect it to sell or get out on the Internet like it did. The co-owner of Prosthetic contacted us in the summer of 2013 and offered us a deal. We liked the terms and agreed that we would stay a studio project; Prosthetic was very understanding of our situation. They are very supportive of instrumental music; they have quite a few instrumental bands on their roster.

Your music is pretty progressive and addictive. What kind of bands are your biggest inspiration?
There’s so many influences and artists that we look up to, so it would take forever to list them all. Some examples are Deathspell Omega, Drudkh, Pig Destroyer, Opeth, The Chasm, Enslaved, Pelican, Genesis and Rush.

Tempel contains some elements of black metal. Do you listen to traditional varieties of this genre? If you had to choose Mayhem, Bathory, Darkthrone or Dissection, what would be your choice? 🙂
I would choose older Bathory if forced between those. However, I love the newer Darkthrone stuff, specifically their last album The Underground Resistance. 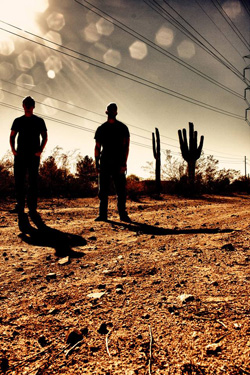 Are you self-taught or you have done some musical education?
I am self-taught. I basically would try to play drum parts from my favorite albums when I got my first kit. I think drums is one of the easier instruments to learn in the beginning. The concept of learning to play guitar is still baffling to me.

To vary this thing a bit before we approach the end, d’you have any hobbies, interests, collections etc that you can tell us about?
I am a massive film buff. Everything from classic films through the silent days to foreign art films. I love everything from musicals to westerns and anything that is good essentially. I also spend a lot of time in the gym lifting weights as it is another great way to get some music listening in.

If you could have anybody, living or dead, hear your music, who would it be?
I think it would be pretty cool for some of the great classical composers like Mozart or Beethoven to hear what metal sounds like. I’m not sure if they would be accepting or think it was blasphemy, but would be interesting nonetheless.

What next do you have planned for the Tempel?
We will probably begin the writing process for the next album sometime in the fall with demos to follow in the spring I imagine.

Thanx for interview. Any message to conclude this intie?
Thanks for the interview and thanks to everyone who has supported us!