Hi, the first question is: what was your first thought when you woke up this morning?
Alex: FUCK! I overslept!! no time for shower or breakfast!
Aki: It's 5 AM why the fuck am I up?
Chris: I gotta change strings on my guitar
Martin: Cowabunga!
Espen: Shit, I gotta get up! I need a shower! I gotta pee! 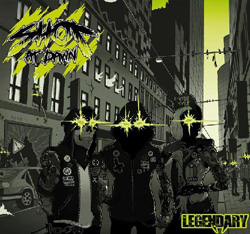 You`ve released a new EP named "Legendary". What sort of feedback have you had so far from the new material so far?
All the feedback we've heard has been good. As far as I know, we only have one review so far, but it's a strong 5/6. People seem to like different songs on it, which is good. Some like Dark Design because it's what we've traditionally sounded like, and some like the more groovy and somewhat simpler Legendary. It's also rad to see people liking the reworked version of Grind, as the original version of it is ten years old.

Compared to the first stuff entitled "Genesis: Chapter One" where do you think the biggest difference in the music is nowadays?
We have evolved a lot musically. For one, only two of us remain from that recording, and that definitely has a big effect. We are also much better as songwriters. It's hard to point out just one thing, everything is different. Also, we're not 19 years old anymore haha.

You music is inspirated by bands like August Burns Red, Unearth or As I Lay Dying. How do you see the current potential of metalcore genre? Does not it seem to you that the best years are behind its?
There is definitely a huge potential for the genre, we're just waiting for when people realise that a lot of the big "metalcore" bands now with all that nasty autotune isn't good. Expect the scene to get a major revival when Parkway Drive and Killswitch Engage drop their new albums. I definitely don't think it is beyond its prime. Then again, has it even been gone from the spotlight? There has been bands that can be classified as metalcore/post-hardcore/whatever label you want to put on it that has elements from the same stuff we've been inspired by getting attention regularly for the past 10-15 years, and they continue to play major stages at festivals and tours.

How do you look back on the shows you did so far?
We've been very lucky getting the gigs and warm ups we've been given, considering beeing able to play with some of our favorite bands such as: Sepultura, THe Black Dhalia Murder, Suicidal Tendencies, Everytime I Die, Sick Of It All and more. We love playing shows and I think it shows. 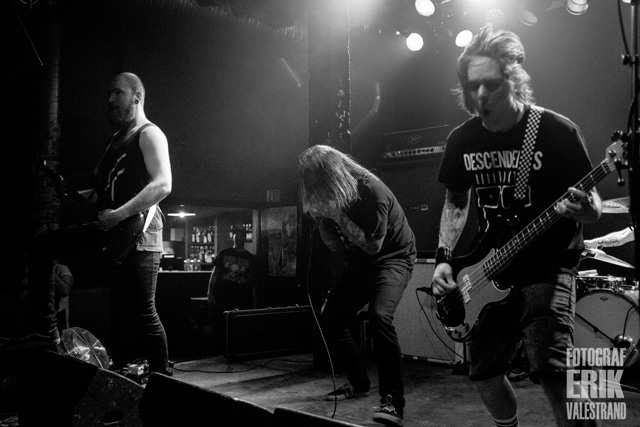 Your last EP is dedicated to Hilde. Who is that person?
Espen: Hilde is my sister. She committed suicide in 2010. "Grind" was her favorite track and she was always in front of the stage screaming along to the lyrics! Do your best to pay attention to the people around you, you never know what might happen.

You have recorded a cover of norwegian singer Marit Larsen. Why did you choose just this artist? I'm pretty sure that one (or everyone) of you is in love with her and this is a real reason haha Emotikon smile
Espen has a semi-crush on her, but honestly? It's a great pop song. Everyone (in Norway) knows it. We wanted to do something completely unexpected. 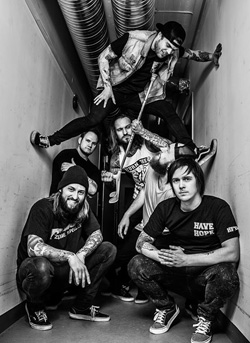 What about you opinion about norwegian black metal? What bands are your favourite? What do you think about the role of promoting your country by this genre of music?
Immortal, Satyricon & Dimmu Borgir. I think they create a unique and epic atmosphere and they've been able to capture the darker aspects of norwegian nature and culture.

Norway is a very beautiful country with amazing nature. Could you tell about the places which you could recommend to see?
We got two members from northern norway in our band and they would probably kill me if I excluded northern norway. But personally i prefer the west coast of norway with all it's fjords, mountains, architecture and people.

What new music have you been listening to?
Veil of Maya, Act Of Defiance, Killer Be Killed, Yelawolf and the new Deez Nuts album. 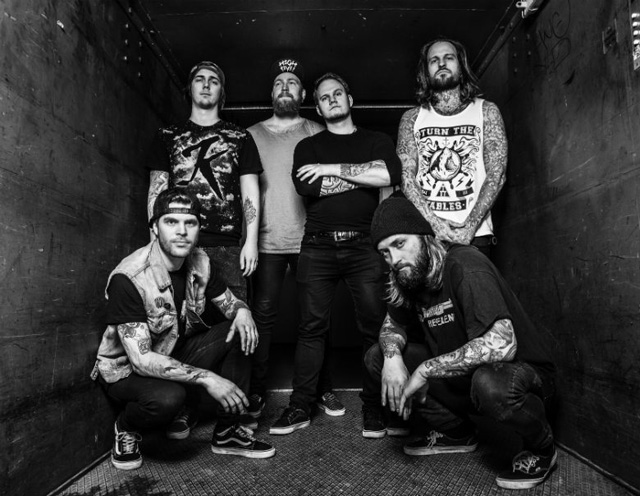 What is next on the musical horizon for Shot At Dawn?
Playing more shows and creating new music.

Anything you'd like to add to conclude this interview?
Hello Poland, book us!!