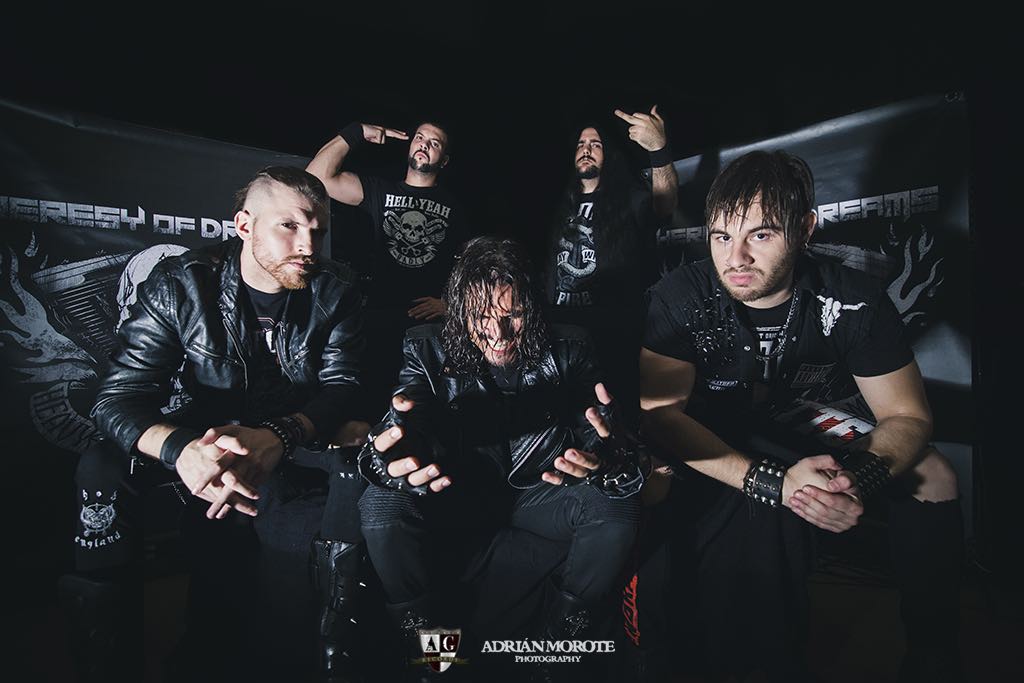 This five-pieced metal combo was born in Castellón (Spain) and released their debut LP “Nuestra Ley es Esta” through Gateways Productions, earning the respect of their national scene. Now the band joins the rooster of AGR because of the release of their new and second album of studio.
The astonishing combination of Classic Heavy Metal and the young spirit of the band results in this whirlwind called Heresy of Dreams.