How is life going on nowadays in NY? Is there enough hellish mood around you for creating sick music?
Life in NY is crazy and cold these days and with all the insanity it for sure create's a great evil hellish mood for writing crushing Death Metal.

How was the story of writing songs ,the process of recording songs and also production of album called Gates of Hell?
We started writing the music for the Gates of Hell around 2 years ago what we do is get together and jam and also come up with stuff on our own and work the song's out as for the production i(Rich hervey) handel all the recording for the band and we recorded it at my studio "the Doom Cave". Over the last 10 years i have really got into recording and we like haveing the final sound in our hand's.

You have been around since the late 90’s and Day of Doom is literally a band of unholy and sick death metal,but on the contrary,it is in a little bit underrated situation,at least for me,what do you think that reasons of being underrated ?Or at least,do you think you are underrated?
Thank you for saying that and it mean's alot to us as for if we feel underrated i must say the truth is at time's we do but we don't let that and never will let that stop us at our goal to put out crushing Death Metal.As for why we have no clue.

What is the story of song titled ‘’Slaughter of the Lamb’’ ?What are your lyrical concepts and titles in this album?Until now,what kind of lyrical themes you wrote and talked about?
Slaguher of the lamb is about a demon who gard's the gates of hell and when a person's soul enters hell they realize that hell is for real.Our lyrical concept's have been about the holy hoax and all it's sheep that follow.We will go a bit another way with our next release "Descent of Humanity" alot of the lyrics will be about the downfall of mankind.

How was your contract happened with Czech music label,Lavadome?Are you happy about working with an european label?Before that contract,what labels you worked with?
We were contacted by Jan of Lavadome and he told us he had intrest in us for Lavadome and once we talked to him it was a no brainer.We couldnt be more happy with Lavadome.Jan and Lavadome are so great and supportive of us and Death Metal in general.We have heard horror storys from other band's and we have never had an issue with Lavadome it's a total supportive team effort and this is the first label we have been on all our other stuff has been put out by us but we see a long future with Lavadome. 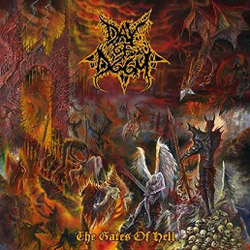 What do you think about religions?Do you respect any of them?Also any words and thoughts you have for the lunatics of islam and other organized religions?
We have only one thought and that its all lies we dont disrespect anyone if you want to believe in lie's its your life do what you must as for all the lunatics of organized religions we say this….enter our homes and prepair to get a hole put in your head and meet your so called god.

You had worked with Dough Cerrito in your first album called ‘’Night of Horror’’,and he played in some songs,what is the story behind it?
Yes Doug recorded all but drums on "Night of Horror' and played 4 solos on it.We have known Doug and all of Suffocation for many many many years.Dougs brother and i hung out all the time and they jamed at his house so when the time came to do Night of Horror i asked him if he would do it and he said yes and he did some crazy solos and a great job with the recording.It was also the last thing Doug played on so it was an honor for us to have him on it.

In daily life,what things do you do except sicko death metal music?
We would just like to see it get more respect.It seems in the NY area and now days and in alot of other places in the states its all about tribute bands and we think the promoters and club owners should respect and push for more original music over all not just Death Metal but as for what we expect well we just expect people to put out the most evil brutal crushing music they can.

What about New York death metal community?Is it strong and closed scene as it was past?
The Death Metal community is tight in NY for sure to bad i cant say that for the other styles of music in NY.For us we are friends with tons of bands and respect them to the fullest.Coming from Long Island we have been lucky to be around bands like Suffocation,Pyrexia and Internal Bleeding and we look at them a friends and when we do shows its like being at a family party

Your song structures are really chaotic and atonal in some ways.Is it a natural born with your guitar and drum styles or you have focused on it specially?
We have been playing together for many years and it comes very natural to us.Before we jam we will improv for about 20 mins and friends who will down and say when did you write that?and we say just now lol.When we write new music we will do demos and go over the songs and some stuff will change like how long to do a riff or maybe a diffrent drum fill but it comes very easy to us. 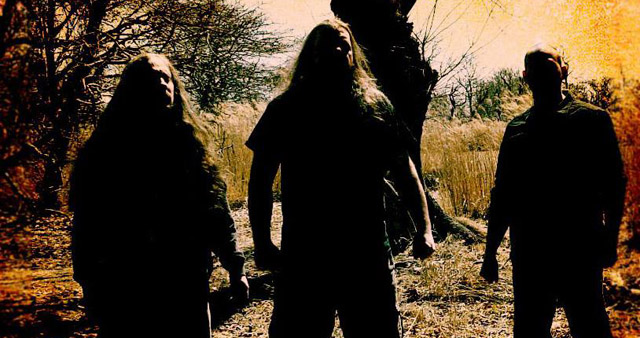 I think that your last album is really promosing and cool and a ‘’must have’’ album for death metal maniacs .What are your future plans as a band from now on?
Thanks again for the kind words and we think it is aswell lol as for whats coming up well as we speak we are rerecording our 2nd release "Slaves to Insainty" and it will have an unreleased track on it that is so sick.Over all the production on it will blow the old one away.Sometime this year "Slaves to Insainty" and "Night of Horror" will both be rereleased on Lavadome.They will both be released on one cd.We know times are rough for people so us and Lavadome wanted to hook all you freaks up.After i mix slaves we go back to the studio to keep writing for our next new full release "Descent of Humanity" so far we have 4 songs and tons of ideas and we dont have a release date for that but "Descent of Humanity" will also be released on Lavadome and of course we will be crushing live all summer.

Can you advise some cool albums and bands you bought and support in 2014 and 2015?
Sure can if you dont have the Human Remains you should go get the rerelease thats coming out.the new rerelease of all the Damonacy stuff is a must have,i have been really into the new Hideous Divinity its so sick and they do a brutal Ripping Corpse cover and i have been into the new Nero Di Marte.

My words are done here,brother.I thank you personally for your honest and cool answers.Please tell us your words to fans and Extreminal readers…
Thanks again for the support it means so mush to us and to all the fan's we will never let you down.We will always bring it fast, sick and brutal and if you like the Gates of Hell just wait to you hear "Descent of Humanity"
Stay evil you freak's