We have done a short chat with new vocalist,Heljarmadr (Gra,Cursed 13) of Dark Funeral about new album and band…Here you go.- 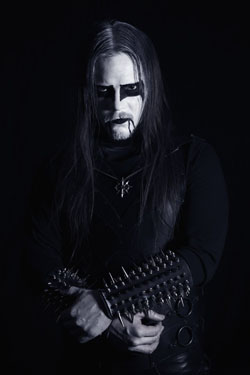 After 7 years break,you return to your fans with a new album,how are you feeling? Why did it take a long time?
Heljarmadr : I joined the band in 2014 so I can’t really give you a good answer about that. Since I joined we’ve been working on a steady pace on the new album though, pretty much from day one. It took about a year to complete the demos once we really started and I think it’s a normal time to let things grow before entering the studio.

What are your expectations from ‘Where Shadows Forever Reign’ ?
Our expectations were fulfilled and surpassed the day we had the final master tape in hand and the layout done. The next step is to actually hold the physical copy of it in hand, the rest is up to you out there.

Can you give us a short studio report from recording process?
We wrapped up the recording sessions late February so we’ve been out of the studio for quite some time now. It was a month of extremely hard work. I don’t know what more there is to say really, we worked, worked some more, slept some, got back up and kept working until we were finished. Like moles in a black hole.

What things and themes have you focused on ‘Where Shadows Forever Reign’?What kind of sound and music fans should expect from you?
I suppose that you should ask Ahriman about the riffs but the lyrics are about my personal thoughts about things. Some songs are very spiritual, some are just plain violent.
I like to write in layers so there are several ways to interpret the lyrics. On “Temple of Ahriman” and “As I Ascend” I collaborated with Ahriman regarding the themes. He had two themes he felt very strongly about and had many ideas and visions. We then put our minds together to both find 100% satisfaction with the content.

Recently Lord Ahriman have replied and reacted to J.Bieber over social media and it is very discussed in social media again. How do you feel about a popular magazine boy praises and likes you?
Yeah I saw that and there’s been a huge buzz about it. I mean, who cares about other peoples musical taste? People tend not to see beyond their own horizions sadly. If Justin Bieber have turned to the dark side, congratulations! If not, if this is a marketing plan to make him look “cool” then thank you for the publicity! I suppose that child stars have a quite difficult life all in all. And if they mature into listening to Dark Funeral, let them. We all have to start somewhere. Should he confront me and be honest about who he is, I would absolutely have a chat with him. And should he be interested in being sacrifice on stage, I’m fine with that too… Although, I also believe that people shouldn’t stick their noses where they don’t belong and if they do, they should expect a comment as the one Ahriman gave back. If he would have had some balls, he’d have left the tweet on his page. He was asking for it.

What are the reasons of Magus Caligula’s left from band?Can we talk about the process of your replacement for band?
Again, I wasn’t in the band when he decided to leave so I can’t answer for him. I know that the guys were trying some people out for a while and while working on that 20 years anniversary gig, I became involved since my band Grá were invited to be the only support act for the evening. We got along quite well and after some serious consideration and reflection I came to the conclusion that I was willing to take the position, should they want me. So I offered, we tried it out, here I am. 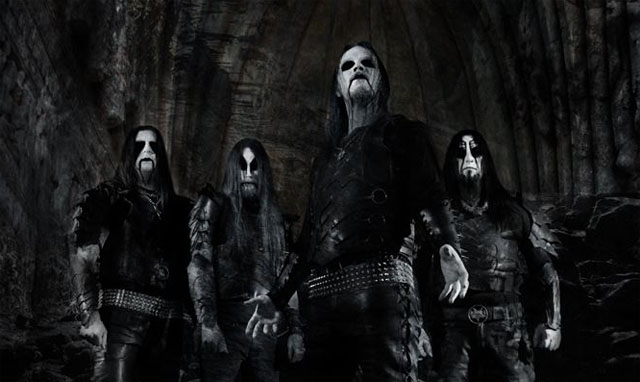 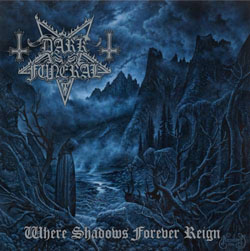 In your artworks,you have usually used midnight blue tone predominantly,is there a special reason behind it?Who created themes of artworks ?And what are themes of new album artwork?
I personally prefer the blue style though as I find it colder and atmospheric in a more subtle way, almost creeping under your skin like a cold wind on a winter night. The choise of artwork and layout (and colour) should reflect the music and lyrics and it’s a big piece of the album as a whole. I think that’s answering your question. The cover art for the new album was created by Necrolord. A long time friend of the band, he also did the cover for the debut album 20 years ago.

How do you see and define Dark Funeral in extreme metal music scene over the years??
I think that Dark Funeral have made a bigger impact on the extreme music scene than many realise. Worldwide touring, provoking christians all over the world, setting the bar high for everyone else in the scene. Never compromising.