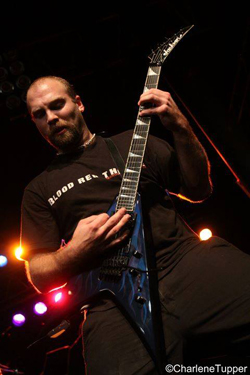 How are you Daniel? How is life going on nowadays in Norway?
Daniel: I’m pretty good. Hasn’t rained for a month in my hometown, which is rare and music and family is going good.

You released a kick-ass album in 2013, after that, how reactions did you get from fans for your self-titled album and also audience at gigs and tours?
The album was well received. Featuring a new singer and bass player we knew fans would be extra excited to hear a new album. But we knew this would be one of the best BRT albums. People seem to know the new songs as well when we play them live.

Actually Blood Red Throne is not a typical norwegian band in terms of sound and style. How was band get started and what was your main ideas and points to start Blood Red Throne’s massacre?
I always wanted to start a death metal band. I met Tchort in the early 90’s and he had the same passion for death metal. We both started playing in Satyricon together, but we always knew we would start our own band as soon as we found a decent drummer. In 1998 BloodRedThrone was a reality and many line-up changes later I’m the only original member left. 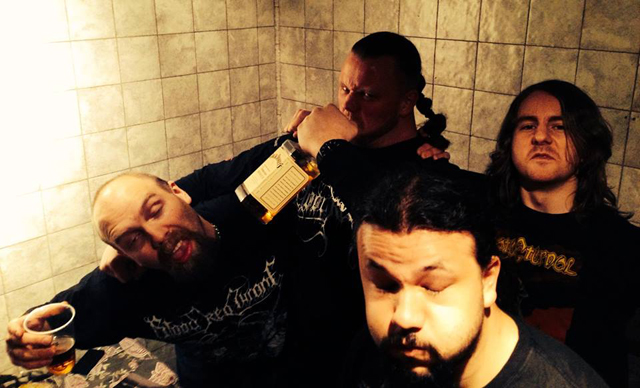 In early days of band, I wonder how did Norwegian underground metal music scene react to your brutal death metal tunes and band? Do you draw your band’s existence as an opposition against to scene or as a natural born to scene? You know, you are from Kristiansand and there was a unique Norwegian black metal scene in there…
I was somewhat part of the black metal scene in the 90’s as well. I don’t think we had a big scene in Kristiansand, but I did play in Satyricon and I started listening to black metal around 1993 and still like it today. However, I always liked death metal even more, but you’ll find some black metal elements in BRT too. So, a combination was just natural for me and it was no rebellion against the scene at all. Simply a passion for extreme metal! 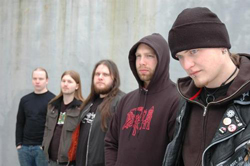 Daniel, what was your attention to music begun when you were a kid or a young boy? Later how was you poisoned by extreme metal music? What were your pioneers for metal music and also as a musician and guitarist?
I was exposed to music through my mother back in the 80’s. She had many rock albums in her collection and I borrowed them and listened. In 1987, when I was 10, I remember I brought TNT’s Tell No Tales to school. Obviously, I discovered Metallica at the end of the 80’s. From there, I found out about extreme metal through a friend and bands like Obituary, Pestilence and even Darkthrone in 1992. I saw Megadeth/Pantera live in 1992 and around this time I also picked up the guitar myself.

You and also Tchort from Satyricon banded together for Blood Red Throne but you are the only one in band. Tchort is not interested in death metal or what was the reason behind his resign?
Of course Tchort likes death metal. He started Green Carnation back in 1989 and they played death metal at that time. The reason he left BRT was due to family and job related issues. He never wanted to leave the band nor did we fight. We’ve had some killer years together and we’re still friends. He has his own black metal band these days; Third Attempt. 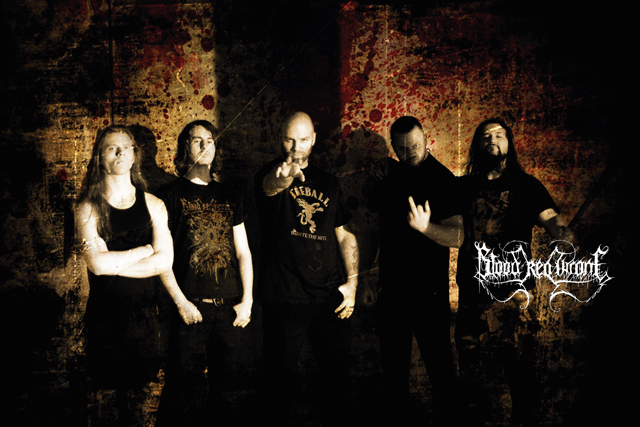 I have kept to follow the Blood Red Throne and your albums since you released Monument of Death and it was a unique album and of course an unfamiliar sound from Norway for me at that days. Which albums or album was taken the most good reactions from all around the world?
Monument of Death is a cool debut and maybe unexpected release from Norway in 2001. I wish it had more power/bass in the sound though. Anyway, still Altered Genesis(2005) is considered our “best” album so far, but I think the latest one is pretty close. 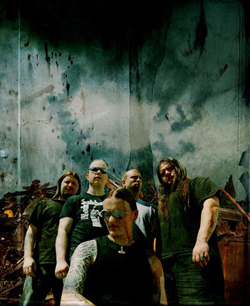 Do you know any bands from Turkey? Any idea for Turkish metal music scene? Where was the best gig or gigs you played out of Europe?
To be honest, I don’t think so. I’m sure there are some killer bands there too, but it’s a jungle these days and it’s simply impossible to follow everything. I know we were invited to play in Turkey many years ago, but we never heard from the promoter. Outside Europe, Mexico is definitely the craziest people we’ve played for. Amazing!

I am very effected by your riffs also all album sound from your last self-titled album.How did you write that riffs and songs? Bands together do rehearsal or member to member through part by part?
Thanks! We don’t rehearse. I make most of the songs and record them in my home studio.

Which Blood Red Throne song do you prefer to chant in your funeral? What songs are your favourite nowadays from your band? Meanwhile, what was your favorite albums and bands nowadays?
I really don’t listen to my own music that much. I guess In Hell I Roam would be perfect in my funeral, haha. My absolute fave band is Death and my fave album is Human.

Personally do you have an political attitude? Does it affect your music? What are you thinking about far-right wing rising in Europe? And what do you think about wars, slaughters and conflicts in mid-east and other parts of world? Are you affected by these personally and are these taken a part in your music?
I do use my vote indeed. But it has nothing to do with music. Right wing, left wing, religious fanatics, suicide bombers…the world is fucked up and it’s going straight to hell one day. Meanwhile, I play death metal.

How do you describe your music as Blood Red Throne for the people who have no ide? What was your part in underground? What is your future plans? Any new records and tours?
Perfect mixture of brutal, groovy and powerful death metal. I was a fan and contributor in the underground. We have some summer festivals comin’ up. Bloodstock among others. By the end of the year we are doing a south American tour for the first time. We have 6 new songs and will release a new album in 2015 to keep the tradition of having a new album every second year. 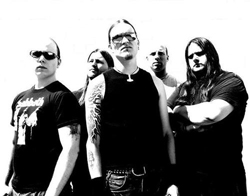 Do you still buy printed zines, trade demos,albums etc.? Do you still interest in old underground world and rules?
I stopped buying zines some years ago, but I still trade CD’s. I’m not that interested anymore, cause the underground is not what it was 20 years ago…

I am done all questions that I want to ask indeed, do you want to add something for Blood Red Throne fans?
Thanks for supporting quality Norwegian death metal. We still have some left of the cool and limited edition vinyl box. Check bloodredthrone.bandcamp.com

Thanks a lot for your honest answers and interest…Hope we will see you Blood Red Throne live in a gig or somewhere. Take care.
I’m sure you will cause we play all over the world and maybe someday in your country! Metal till death!