Greetings Sargathus. Starting, unfortunately will be a little classical… Can you tell us about the evolution of Valefor? What did you think while starting to this project?
Hi. This project was formed in 2008, but became actibe in 2009. But I had started to compose the instruments before that. I started to write the lyrics after I made the necessary arrangements on the instruments. As the last stage, we started to record the songs at Studio Dream and finished recording in 2010. So, this album took 3 years to be done. I started this project to reveal the songs that were in the dark and songs that I composed very sincerely. 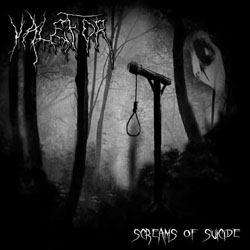 "Screams of Suicide" was published couple of weeks ago. How do you rate the comments and reactions?
As you just said, this is a new album. And since I haven’t published any other demo, EP, album, etc, this is my first album. And I get nice reactions from people. I’m glad with the album sales for now. Of course I don’t know what will happen next, but it would be wrong to rate the success of the album by the album sales. You know that online downloads are far more than printed album sales. So, for me, album sales number isn’t a success criteria, the true criteria is comments I have. I take good comments from abroad too, not only from the homeland. While surfing on the Internet, I saw several websites making comments and news about me. This is a good thing for me of course.

I liked the album, melodies are really good but, why did you used so -i hope that’s the right word* weepy vocal?
Thank you. Yes, I used a more raw vocal. Because I felt that this kind of vocal would fit to my songs. I play depressive black metal, I wouldn’t use this kind of vocal if I made pure black metal or athmospheric, doomy things. I used this weepy vocal in where needed and I could tell myself more. 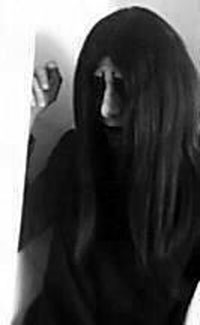 Songs smell ambient a little. Would you write more ambient songs? Or I ask this: do you have any different ideas for the future?
I think I get which song you are talking about. You might be right, that song’s athmosphere is more foggy than the others. Of course we can’t categorised this as ambient. I don’t think of making ambient songs in the future. This project was formed on the base of black metal elements. Guitar riffs, drums, sound, lyrics and all the other things will be on this mark.

A concert was planned in Eskisehir in April. Nocturnal Depression and Enthroned would be there, but this organisation was cancelled. As far as I know, you don’t perform live but you make the same genre as Nocturnal Depression. Would you want to share the stage with this important depressive black metal band?
This could be nice. Idea sounds good. Actually I read something about this idea on the Internet. I got messages too. But even if the idea of being on the same stage with Nocturnal Depression, I don’t think any live performances with this project. I formed this project on certain rules and I hope to go with that. I could perform live with another depressive black metal project, but not Valefor. Valefor will always be on this road. Depressive, one person and as a project band. 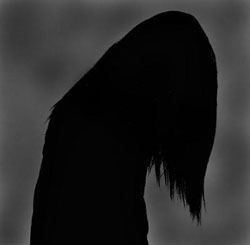 Do you think of recording a split with any bands from homeland or abroad? You know many foreign black metal bands record split albums. What would be your reaction to this kind of offer? Or do you have any certain band in your mind to record a split?
Yes, as you said, black metal bands record split albums a lot. I like this split thingy. I would think about it if any band comes with this kind of offer. I want to record a split with a band from Russia, Germany, France or any South America countries.

Do you follow any foreign scene? What do you think of American, German and French black metal bands?
I try to follow every country’s extreme black metal bands. Sometimes I happen to listen a great thing from an unexpected land. But to talk about the black metal, Sweden, Germany, America and Norway,heading all of course, do this job great. In French, you may categorise "Les Legion Noires" demo and splits as cult. 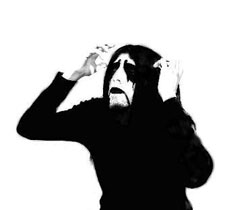 Do you have your archive in casettes/CDs or as MP3s?
My archive is generally composed of CDs but I have casettes too. They are always special to me. About the Mp3s, I keep them on my back up hard disk. I follow some bands online too.

You make people feel closer to suicide with your music. What kind of person are you in your real life? Are you depressive?
Actually I don’t like to talk about this. Noone’s life is another’s business. We just survive.

Thank you for the interview and intimate chat. In the end, do you have anything to tell to Extreminal followers and your supporters?
I thank you for your time. I hope album is worth your patience. With the wishes of being in front of you with darker, more depressive and more melancholic songs, I greet all of Extreminal followers and Valefor listeners. Thank you all for your support.
Life is hidden in the arms of death. It is souls’ special talents to take it from there and to take shelter in death more, and body is just a roof that covers it.
With respect…