Hi, Tamara. What’s up? I hope, you are not tired of me yet.
Hi Cenk, hahaha of course not . 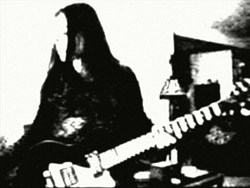 I really enjoy with our conversation that actually exists for so long. And know I feel my rejoicement that I kept my promise. You are an actual member of the band Upon Shadows and what’s going on with the band ?
Yes is true we became good friends despite of the distance … Well Upon Shadows is my project. I started it in 2002 after letting the band in which I was playing for around 7 years. Just to try to create something more personal, and find my own way into music. At the beginning we were 3 people, Marcelo Aguilar on guitar and voices, Natalia Arocena on bass and me on keyboards, voices and drums programming. Was like that until the end of 2009 when Upon Shadows became a two women band and I take the control on guitars. We have 3 releases until now. The first one in 2003 self title, the second in 2009 called “The Huge Circle Of Time” and our last one called “ Melodies In Grey Scale” which was released by Satanica Productions from New Zealand.

You have been performing for too many works that are included by the underground metal music market for too many years. But your age masquerades this reality. And also you really stand for a place in South America’s underground that is really like a depp and vasty ocean of underground. At what level is the Upon Shadows?
I guess we are getting our place, little by little. Is not easy because of that same that you say before, South America is so full of bands and good musicians. So, people have so many offers to listen to. Anyway we have our support and we are very happy about it. 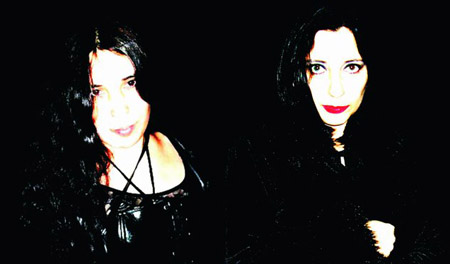 You have sound more like dark metal and black metal, intensive keyboard sounds etc. Is there a toughness for you as a woman that performs heavy sounds?
I started playing keyboards in a local death metal band called Eclampsy, in 1995. So for me metal and heavy sounds are part of myself, I can`t imagine not to do it. And I never felt any kind of discrimination in my country or something like that for the reason that I`m a woman. I really don’t choose to do Dark metal style, is just the style that come out of me. And of course is a result of my biggest influences. And my internal need of keep creating. 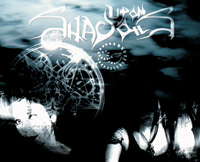 Prelude was with a sound that is like SAMAEL’s sound for the band but now your sound is darker and aggressive, let me know how you will give name for the band Upon Shadow’s genre and give some examples for the influences ?
Well , first of all, the reason for that change in our sound is very simple, and is that we use to have Marcelo´s influence on guitars and now that part is also mine. I can say that despite of all Upon Shadows music was always mine, this last album is the most personal of all. My influences are a mix between dark music, like Sisters Of Mercy and bands like Abigor. Btw, Abigor last album is one of the best things I ever heard. Deeply recommend it.

What are the reasons of the Uruguay’s local bands being unsuccessful in geting into world’s underground market?
To be honest, I guess is just because a miss of professionalism in sounding and creativity. We never was a place of amazing bands, despite of being a country full of musicians. Here is very difficult to get something good, no support, no nothing. The places are bad, the sound is bad. No one buy bands material. Upon Shadows is deeply fighting against our own miseries to create something different, giving all from us. We put our heart and blood in our music. 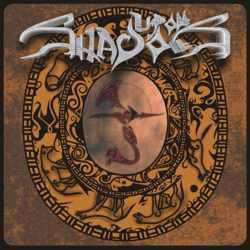 ‘Football’ is the first think that comes to mind about Uruguay and after underground metal music market (as to me of course). How is the relation between the metal fans and football over there? Are there really hooligan metal fans ?
We use not to mix too much music with football, and I guess is the best way. Unluckily football is one of the worse passions here. So full of violence.

What is the general lyrical concept of the band? What do you mention more?
It depends on the album. In the first one for example was all about myths and legends, with lyrics very full of magic. For the second the quantum physics were the focus of attention in the lyrics, talking about black holes and time gaps. Now for this last one, the concept was so different. With very depressive lyrics and a most brutal and obscure sound, the message we try to give is that depression is not a sign of weakness.

You expose your CDS via some nickel-and-dime complations and labels. You have released your last album with a label from Satanica Productions. Do they promote enough? Are you delighted?
Yes we are very happy with Satanica Productions. They are a label of people like us, musicians who fight for their deeply love for metal music. 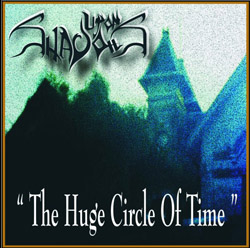 These are the last questions, economical crises, nuclear blasts, battles and earthquakes have been rising all over the world for recent years. In your opinion is the 3th world war is knocking at the door? or will the apocalypse theories flash into view in the year 2012?
Hahaha lol well no, I don’t think nothing will happen in the 2012. And the crises have being always in different times across the history, the only new on that is that we are the ones that are living this crises. And according to the political world order, I don’t think that a new world war is coming because the real belic power is only in one side.

Thanks for your answers and I appreciate your friendship. Give last a few words to our readers that have just known you .
Thank you so much for the interview. Is going to be a pleasure to be in your great zine. My message for the readers is that it dosen`t matter how hard could be, never surrender to resignation, don’t hear the NO when you really feel the need to do something. We are never old to learn and never is late to try anything.

And I would like to let here the links to find our music: 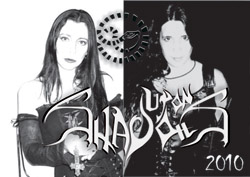 and you can download by free our music at:
www.metaldemos.com/demos/metaldemo180

or order our new album at Satanica Productions here:
www.satanica.org/blackmetal_page_2.php