Hi,Jeff! How are you?Can you tell us how Possessed legend was started back in 1983?
Jeff Becerra: I was approached by Mike Torrao and Mike Sus at my High School and they asked me if I wanted to join up with them. At that time they were literally two guys jamming in Mike’s garage. Later I went back and got Larry Lalonde from my old band Blizzard along with my old Manager Debbie Abono and the line-up was complete. 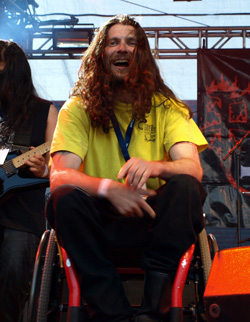 ow does it feel to be a part of this band after all these years?
It feels good. A lot of blood sweat and tears have gone into Possessed. But in the end our fans and supporters make it all worth while. It is a dream come true to be able to get up on stage and play to so many people.

You are a legend in metal music history but you have never been a part of more mainstream scene like some bands did from SF,California back in time…So, would you like to be more popular in that time and now?
I’m not so worried about being “popular” and going out there and giving 100% to the show. Possessed will never be a commercial band or sell out. And while the average person will never know of Possessed we will always be hear playing in the Underground scene.

Can you say that Possessed created Death Metal?How did you go on this kind of way of ‘’heavier’’ music as a pioneer band?
Possessed created Death Metal because we wanted to be heavier and more Satanic than any other band. Of course now there are so many really heavy acts. But back whenever we first started there were no other bands playing what we played or the style. And the term or style of Death Metal didn’t even exist until Possessed. Honestly I thought that Possessed would be the only Death Metal band in the world back then. Whenever we first started playing a lot of people laughed at us and didn’t understand what we were doing. But eventually more and more people caught on and what we were doing became popular. With the low-growl vocals and the super fast drum beats. Back then nobody but Possessed had done this exclusively. And eventually the term “Death Metal” which was meant to explain and separate Possessed from the other “Thrash/Black/Speed” acts out there, became an actual genre of music.

How have your musical understanding and motifs changed after 33 years?
You can’t help but pick up on things and learn the more time you spend on the road and playing music with others. It is of course always a learning experience and I always find myself having to adapt and overcome in order to make the shows work out right and especially making and fine tuning our music.

What is your opinion on other form/style of metal music?
I like all types and forms of music and support music in all of it’s forms. But of course my favorite bands have both talent and respect for what they are doing. 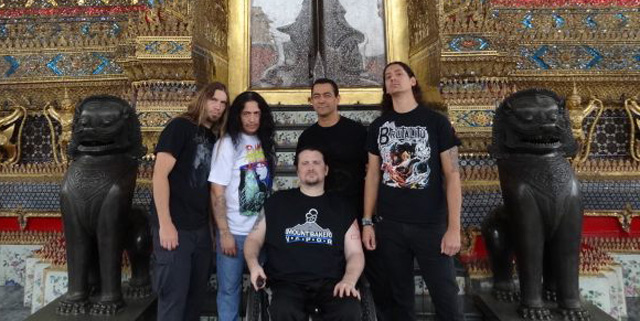 Do you have any special gig or tour you did in 33 years of musical career for Possessed?Any favorites?
We have been lucky enough to play with Judas Priest, Scorpions, Black Sabbath, Slayer, Megadeth, Motorhead, and so many other really cool bands It would be literally impossible for me to pick a “favorite” one because they are all so fucking amazing. But that being said whenever we played the Wacken Germany 2007 this was an amazing time in my life. It was my first time back in Europe after such a very long time away . There was over 100,000 people in attendance and it was just an amazing and inspiring show for me. It took me 18 years after my injury to get back and whenever I left Death Metal shows were very small… So to see well over a hundred-thousand metalheads out there for Possessed was a truly amazing thing. 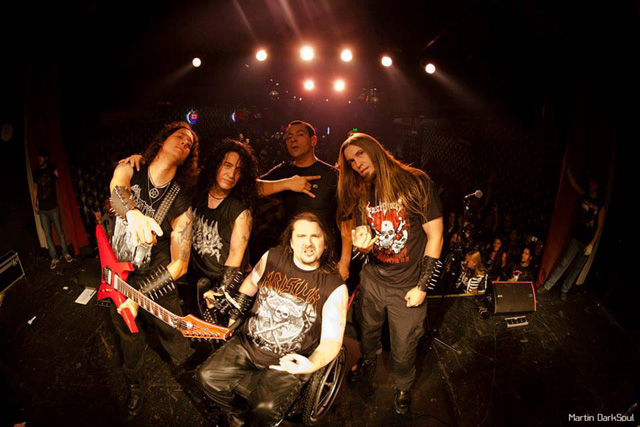 Is there a difference between your old audience and your new audience?
I don’t think so. People are people and true Metalheads will never die.

Is music your only profession? Do you have other jobs?
Music takes so much time and effort. For many years I worked at a hospital but these days touring/music is what I do.

What do you think about Death metal genre’s musical and scene potential if you compare the past and now?
I think that there is potential for Death Metal anywhere and everywhere there are a few people that enjoy the music. Death Metal can be anything from a casual listener all the way to a full-on lifestyle. But whatever it is it can only exist through the fans and musicians.