We made an interview with the depressive black metal band Forgive Me, that contains members from Jordan and a member from Egypt..

Hails, Now all the members of the band are in Amman ? how is the weather out there ?
Lozmodial: Thanks my friend, Actually its me only in Amman now, Rami Manson is in Cairo right now, the weather is hard to describe here, its changing from moment to moment, what a betraying march ! 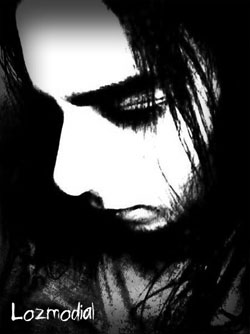 We read in the internet the explication of the band’s name "Forgive Me", but it will be better to hear more details about the name from you, And do you think it fits this black metal music ?
Actually chosing a DSBM band’s name is not that easy thing, especially that this style is not interested to give the listeners the a special name to get the attention, this style of music always hide secrets and stories behind every word in the lyrics and in the band’s name..
"Life has become Unbearable, Forgive Me", this was the famous international singer Dalida’s suicidal note, from this we can also depend on the fact that People always ask forgiveness before committing suicide, or even before leaving a place for good, so Forgive Me can pass many ways, its not the same expression that we use every day, its a suicidal expression that means "I hope I will have forgiveness before this leaving".
We cant ignore the fact that the famous DSBM bands Happy Days and Lifelover and many others are having the same trouble with clarifying these strange names to people, Every project has its own concepts and visions, thats why we cant judge a name before we hear many points of views about it.
And In my personal opinion, I guess the name fits the music perfectly especially the lyrical theme of the band that talks about someone wants to leave for the final time.

Your style of music contains many depressive elements, And the fanatic black metal fans are against this kind of music, do you really consider yourself a Black Metal band or something closer to Doom metal ? In my personal opinion, this style is out of black metal.
Here the different points of view started to flow out, In my personal conviction, I believe that the Metal music can describe the total feelings of the human, Every emotion such as "Anger, Sadness, activity, objection, Evil, Happiness" can be described with this kind of music, the only difference between these emotions are the speed of the riffs and the lyrical theme that can be used to express the total emotions..
Most of the fanatic black metal fans are looking for bands talking about Devils worshiping and Anti-religious lyrical themes, Thats why they will always be against everyone who tries to make black metal music with different lyrical themes. The Variety of riffs was out of death metal style, and yet it was out of the speed of Doom metal music, in my personal opinion I can see it can only categorized to "Black Metal", and that can include the word "Depressive" before it as a description for the concept of the band.

You had a Doom Metal Project called "Lord Azmo", and a Melodic DeathBlack Metal project called "Lost Lust", and now you have a Depressive Black Metal band with the name "Forgive Me", The depression is the common theme of all these bands, Is the local conditions trapped you to do this ? And what is trigger of your depression and melancholic in your music ?
Actually my melodic deathblack project "Lost Lust" was different a lot, It was something fast and full of energy, different than the other depressive projects.
The local Middle Eastern conditions have always effected in our life here, and sure these conditions played the role well, and participated to create a depressive inspiration.
Happiness, Anger, Hate, all these emotions have been described through the Heavy metal and death metal music, its the same with the deep depression, its just a feeling that everyone feels in this life, so its not that strange thing to form a band talking only about this emotion, And the only trigger for my personal depression is what we call "LIFE".

As a person who lives in Jordan, what do you think about the political problems that happen in the Middle East ? and what about the masters of petrol and about the poor occupied countries ?
As a Middle Easteren person, I can clearly say that many people here need help, Seeking peace here is getting harder and harder because many wrong sides are entering the fight and trying to rule the sources of petrol, All what the people need here is PEACE, and this cant ever be happened unless the whole world try to give help to solve all the problems. 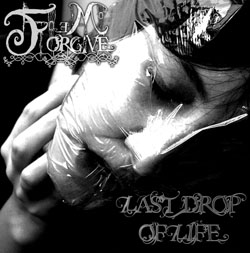 In your countries, How do the people look at the metalheads ? In my knowledge I know that its a closed-minded society, just like Iran and KSA. The Long hair and the black dress and the Metal bands T-shirts and the piercings and necklaces, all these things are not a normal thing at all there, is it easy to walk in the streets with these stuffs ?
To be honest, Jordan is way better than Iran and KSA about Metal music, people judge us here as Devil worshippers in the first while, but that doesnt mean that they cant understand us! The calm conversation can always solve all the different views about this music, We can solve all these problems by showing the society that we are not doing anything wrong or anything can harm the community.

In your new plans about Forgive Me, You will keep on moving with the same styleway ?
Actually we will keep holding this melancholic style in our grips, Forgive Me has many fans around the world now, so we wont ever dare to disappoint any fan.

If Forgive Me decided to get on the stage, Is this possible in Jordan ? And what is the environment that you would like to have while playing ?
Currently Its not possible to have any legal big Black Metal Concerts in Jordan, And If we really want to make a concert, we will make a special environment that must fit the music, Like a closed stage and lights effects and many phonic impacts. But right now we are not planing to do any concert because of the local conditions and because the members are still busy with the studying.

If we asked you to give us some Information about the metal scene in your country, are there any good projects you want us to know about ?
Actually the Metal scene in Jordan is getting better and better, many amazing bands are rising here, such as the Dark Oriental Metal Band "Bilocate", and such as the Thrash Metal Band "Exile", and the Death/Thrash Metal Bands "Soulbleed" and "Relics Of Martyr", And the Technical Death Metal Band "Tyrant Throne" , And I used to prefer the melodic black metal band "Augury".
The Scene here is getting better, many good musicians are and players are joining the scene recently, and Iam sure the scene will be fucking amazing.

Do you want to add anything? Extreminal.com are interested to know..
Just want to thanks Extreminal.com for supporting the Underground Middle Eastern Metal Scene, And Really thanks for your time, and I really Want to thank my friends for standing by my side, and special thanks to Jorzine for leading me through the Metal community.