I have read that some changes in genre has made in the band till now, what are the reasons for changes and what changed exactly ?
DESTINITY evolved a lot since its creation in 1996 because we were teenagers at the creation and of course we are better musicians than the past and our influences changed a lot ! This evolution took time throughout the years, it came naturally for us ! Since the release of « Synthetic existence » (2005) we play a power full Thrash Death metal ! 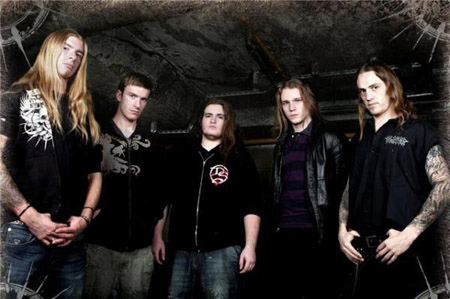 Let’s mention about ‘XI Reasons to See’, after listening the song ‘Just Before’ i thought that it was and symphonic black metal album but the song ‘A Dead Silence’ destroyed my guess. ‘To Touch The Ground’ is also different from the other songs. Could you tell us about these songs ?
In each album of the band we try to add songs with differents atmospheres and with different tempos. TO TOUCH THE GROUND is one of the better mid-tempo song that we recorded. 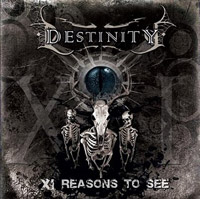 Using clean vocals in some parts of the songs and the structure of the composes are somehoe Swedish-like. We can label lots of genres for the album, what genre is the album according to your thoughts?
Yes, of course our genre is often according to swedish metal. But we aren’t closed about the type of music that we make. It sounds like it sounds !

I wanted you to tell us the genre of the album, some bands wants to be in a line in terms of genre and some tell ‘music is music’. What do you think ?
I can only say you we are a Thrash/ Death metal band for sure and we have some specific elements that make Destinity very different than many bands. People have to listen and to get their own opinion !

As a band formed in 1996 you can be called as an old band, what do you think about French and world extreme music scene?
We really worked hard on this album and we’ve only recently signed up on an international label. To the metal scene, we’re still a newcoming band but we hope to go as far as we can with "XI Reasons to See". About the French metal scene better bands are for sure Gojira, Benighted, Nightmare, Kronos, Hacride, Dagoba and many more… The french scene is really complete, and we have the chance to have a big "metal" community here, like a lot of country in Europe and the rest of the world.

You are so busy with your concerts. What was your best in terms of people, the bands and the organisation ?
You are right man, we are a lot on the road. The better Memory was on stage at the Hellfest open air with 2000 persons but some other festivals was great too ! 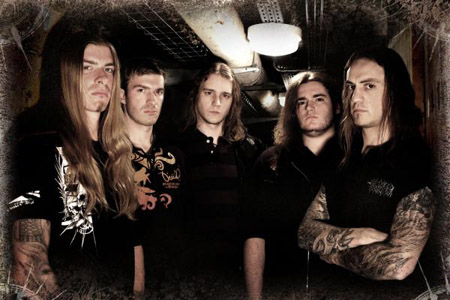 Has there been any Turkey concert idea ? The people in Europe thinks that Turkey is an Islamic Republic, I don’t now how they think there but what is the thing you know best about Turkey ?
I know that Turkey is a nice country, but we never had any propositions for this place. Do not hesitate to contact us if you are interested with the band !!! It would be a pleasure to play here !

That’s all. ‘XI Reasons To See’ will be published soon. What are your expectations? Is there anything you want to tell the people who will listen to the album? The last words…
It’s simple, if you like thrash/death metal that’s brutal and melodic at the same time, you would be an moron to miss out on "XI Reasons To See" !!! Thanks for your help and support ! Metal is the law !!!