Hello Yusuke, how is it going on the Defiled camp these days!
Happy New Year to all ! We're very excited our first Nepal trek!! 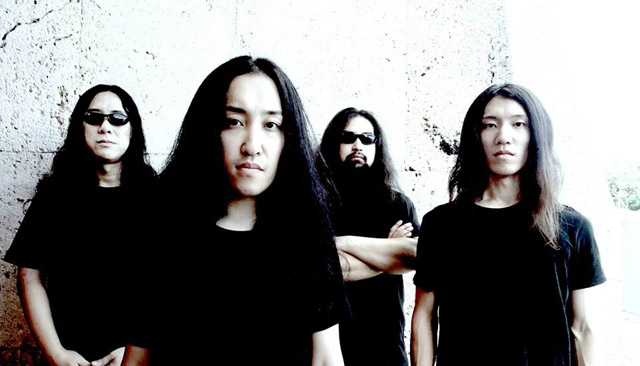 Well its's been a while since your last release 'in Crisis',are you guys working on any new songs or album lately?
Yes, now we're working on new album called "Towards Inevitable Ruin". It will be completed very soon !

We hope we don't have to wait for the new album for too long because if we see Defiled's discograpgy there's a big gap between releases!
Yes, we know that. We think new album should come with a solid lineup since we're not a "one man band".
Struggling with lineup issues made our situation so difficult. Now those issues are mostly over and we're working hard for new album. 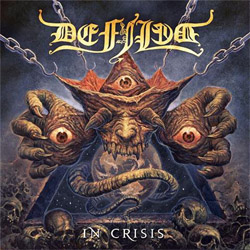 Yusuke, tell me how has been this journey for you and the band so far as you are the main man behind this project, how do you think you have evolved as a musician over all these years?
Being a metal musician is not so easy but at least I do what I love. That's why still I keep playing in a metal band.

Also one notable thing in the band history is that almost all the band members keep changing with each release. How do you think this change or effects the overall sound of the band?
We do long touring so often and this make it very difficult to keep same lineup. Lineup changes never affect our band sounds so much because we clearly have our own musical direction/concept.

What album do you think is the definite album for Defiled?
It's a difficult question. We have put our maximum effort to all albums in past and it's really hard to define which album is the best. But we know "Divination" is considered as our best album ever. We can't mention about that.
All what we can say is we do our best for all of our albums.

The band has been impressive with its releases and has toured world over, also hitting the United States. Tell me how important is the U.S. market for any band because everyone wants to make it big in the states. What do you think?
The U.S. market? We recognize death metal as just global music. Why do we sing in English? Because it's for global market, not for the U.S.  Of course the U.S. scene has lots of great bands and we respect their scene.

Also being a band from Asia how difficult is it to get the acceptance from the listeners from say U.S. or Europe?
Totally no idea about that whatsoever, we don't care who like or dislike our music. We just go the way we want.

You guys are also Headlining Nepal Deathfest thisyear. What are your thoughts and what do you expect from the Nepalese metalheads?
Can't wait to play in Nepal !! We're honored to play at front of Nepalese metalheads. Let's have fun with us.

Yusuke, on a personal note I would like to know if the kind of music that you play affects the way you live? How are you like on normal days?
We do long touring. So we have to pay big sacrifice for other things. That's one of the reasons why still all of us haven't gotten married yet. We usually do the rehearsal in Okinawa. Sometimes we visit the beach for our fun.

Death Metal has come a long way today. Are you keeping track of the new bands in the DM scene? What do you think of the various sub-genres that are mushrooming each day?
We don't know newer bands so much but haven't negative feelings towards various sub-genres.We're just busy doing our own things. Of course being open-minded is very important.

It's been more than 2 decades for the band now, even after all these years what keeps motivating you to make such ruthless and aggressive music?
That's very simple. We love what we do and what we play. That's all for this question.

You have also been working as a promoter or lets say helping bands to get shows and all. What is the scene like in your place compared to other parts of the world because you have touring hell lots of different countries.
Not so major differences between Japan and other countries. Underground is underground. We support each other. I did many shows in Tokyo but not in Okinawa. If possible, I will try to make some shows here for sure. 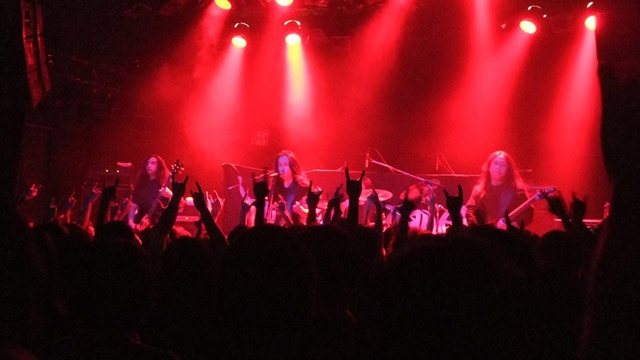 In the world of internet these days, do you think DM as a music is still underground?
We can say the both. Internet changed the world. Death metal is also not an exception.

Thank you so much for your time, We can't wait to see you guys here in Nepal a week later. Any thing you like to say to the fans here?
Thanks Zivon for making this opportunity. We've been talking for long term. Finally we'll land at Divine Country NEPAL!! See you a week later !!