We made interview with Swedish Ereb Altor's main man Mats…

Hi there, how do you do? Salute From Turkey!
Hi, I am fine. Just got back from some vacation!

First, let me express my gratitude and pleasure for having the chance of making an interview with you. I am a little bit excited. 🙂
You’re welcome!

You maybe familiar with these kind of questions and may have been asked already but could you pleae tell the Turkish fans about Ereb Altor in your own words? What does " Ereb Altor " mean and stand for?
In Ereb Altor we try to capture the Northern spirit both musically and lyrically. Dealing with Norse mythology, old myths and the Viking era. To create feelings and atmosphere connected to our inheritance and history.
Ereb Altor is the name of a world in a Roleplaying Game in Sweden from the 1980´s. Ragnar and I used to play that game in our youths and it’s kind of like the more famous game Dungeons and Dragons, based on fanstasy such as the Lord of the Rings. 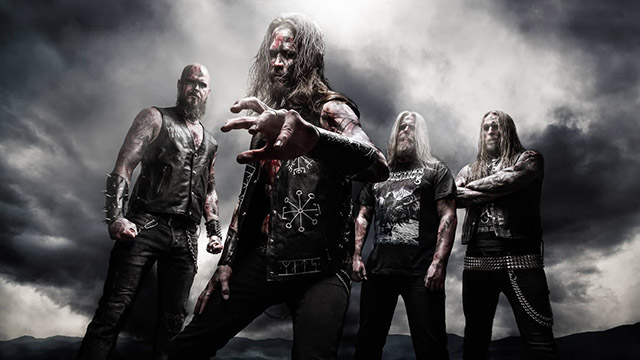 We know that two members of the doom metal band Isole, Mats and Ragnar, had founded this band as a continuation of the previous band Forlorn. What made the idea of " Ereb Altor " come out as a new project? what was the reason of it?
I would say that Ereb Altor was born in 2003 when we decided to record some old songs that we wrote under the name „Forlorn” back in the 90’s. Songs that didn’t really fit in our active doom metal band Isole. I grew up listening and worshipping Bathory and Iron Maiden and that might have something to do with Ereb Altor’s approach.

Could you please acknowledge us about your music genre and your lyrical themes more? How can you describe them?
When it comes to lyrics I always try to have a connection to Sweden or Scandinavia. I am intrested in history and I am intrigued by mythology and legends. So mainly the lyrics is dealing with old myths and legends not only from the iron age but also from our folklore mainly in the 17th and 18th century.
When it comes to music genres I think Ereb Altor have elements from several genres, for instance Black Metal, Viking Metal, Doom Metal and Heavy Metal. I’m not really sure where we belong and honestly I don’t really care. When people asks what kind of genre we play I usually answer; Scandinavian Metal. 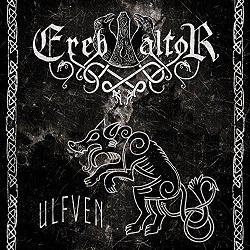 This maybe personal by means of history.I have read that 1000 years ago, Swedish Vikings had settled far away even to here, Anatolia,Turkey. And they had reached the far eastern Black Sea coast of Turkey. What is the possibility of this subject's taking place in your musical works?
Yes, that is correct. Swedish Vikings travelled very far and successfully settled down in large parts of the world including Turkey. If we ever will deal with this particular topic is hard to say, you never know what the future holds.

I want to ask another personal question if you agree. In some of your songs like Nifelheim, I can hear that some doom metal parts and riffs take place. Can it be because of your band's past originating from Isole?
In a lot of the songs you can hear traces of doom metal. Especially the first album is very slow and we have kept that element with occational slow doomy passages because it fits the atmospheres we try to create and it makes the music more diverse and dynamic.

Can you tell us about your each album briefly? Is any of them following a lyrical concept?
BY HONOUR – Built by old songs from the Forlorn era, more or less a doomy tribute to Bathory and we didn’t expect much from it, it was a fun thing to do at the time but the response was overwhelming.
THE END – This album was meant to be the last Ereb Altor album since Ereb Altor was only a side-project to Isole at the time. On this album we used lyrics about Norse mythology for the first time. Still a more doom oriented album.
GASTRIKE – Well, some fans of Ereb Altor was a bit disappointed but we reach out to a broader audience with a rather dramatic change of direction. This is the harshest album form us thus far, with mainly harsh vocals and black metal elements. Gastrike deals with old ghost stories from the area we live.
FIRE MEETS ICE – The fourth album is the start of the journey which took us where we are now. We started to forge a sound united by the epic approach and the black metal approach. The stories on this album is all about Norse Mythology in chronical order from the creation of the world to the end of the Nordic Gods.
NATTRAMN – A continuation and refining of Fire Meets Ice musically, blending harsh and epic metal to create a diverse and dynamic album. Nattramn is a little bit darker than Fire Meets Ice and the lyrics is dealing with both Norse mythology and our Folklore.
BLOT·ILT·TAUT: – A Bathory tribute album from the heart
ULFVEN – Ulfven is an old spelling of the old Swedish word Ulven and it means “The Wolf”.
It’s not a concept album but several of the songs have a connection to wolves. As always when it comes to our lyrics everything has a connection to our inheritance and the lyrics are inspired by our history, Norse mythology or legends/tales from Scandinavia.
We have continued to try to unify the epic with the harsh but with a little bit more focus on the epic atmospheres. We have also implemented some new elements on Ulfven such as more work with rhythms and a little bit more of the Swedish folk music in the melodies. I think our new album is a bit more melodic and of course as you say a little bit more diverse. It’s a consciuos decision to make it more diverse and broaden our boundaries a little bit further.

Which album of yours do you like most? Why? What is the thing that is appealing in that album? Which one represents " Ereb Altor " best?
I like the new one best, it’s more complex, well-written and worked through. I like the decision to bring in more melodies inspired by Swedish Folkmusic. The vocals is better and I think this album represents how Ereb Altor sounds today and that is what counts.

Do you think that you have performed more Black Metal than Viking Metal in your last album " Ulfven " ?
Well, I’m not sure since the Viking Metal of today is not what Viking metal is to me. But I would say Ulfven leans more to our epic side than our blackened side.

Have you ever heard about any Turkish bands in your genre? what do you know about Heavy metal market and environment of Turkey?
No, sorry I haven’t. To be honest I don’t know anything about how the scene is in Turkey. I have been to Istanbul once but it was on a vacation with my wife and kids and we didn’t explore the metal clubs then.

When will we be able to see and watch you alive next in Turkey? What are your future plans? Is Turkey included in your future schedule?
Next up for us is a cruise in the Baltic Sea and a trip to South America.
I really hope we will get a chance to visit Turkey in the future but there are no such plans at the moment. We are trying to do as many shows as possible right now and hopefully some promoter or organizer from Turkey will contact us.

And before coming to the end of this interview, let us hear your final words for your fans and metal audience! 🙂
Help us to keep the flame of Scandinavian Metal Alive and hopefully we will see you in a near future!
HORNS UP HIGH !

I would like to thank you personally and in the name of your Turkish fans. Thanks for sparing your time and giving us the opportunity to talk to you. Cheers from Turkey! ( Tack för att du spenderat tid med oss och ger oss möjlighet att prata . I hope it's correct 🙂 🙂 )
Thank you, the pleasure was mine !
Your Swedish is excellent !
SKÅL ! 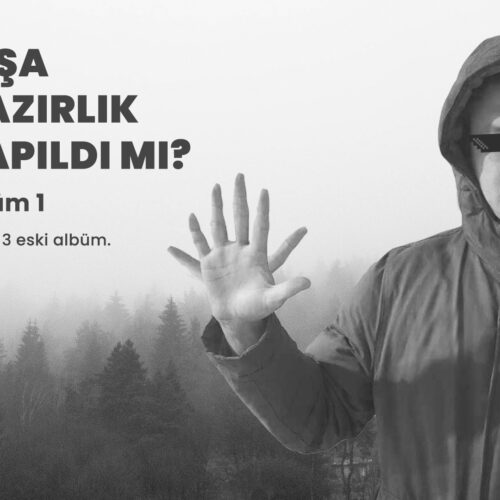 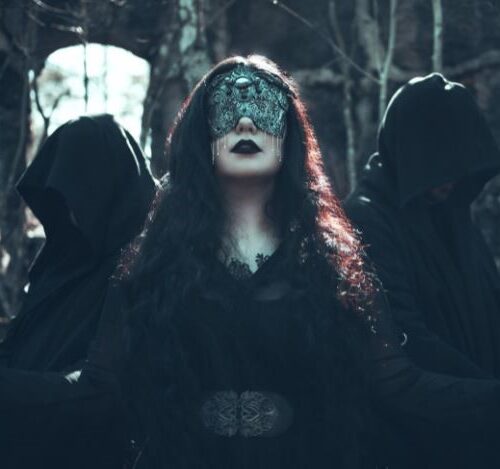 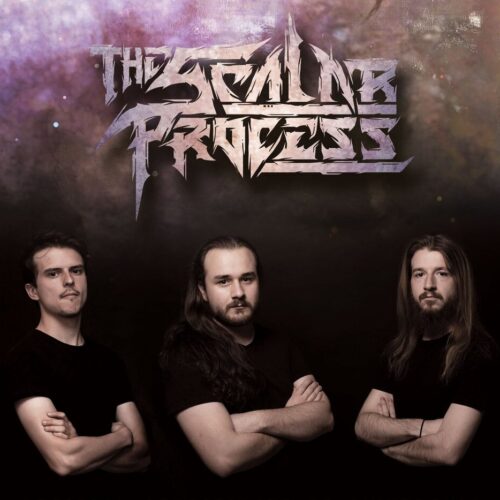 The Scalar Process – Beyond the Veil of Consciousness (Şarkı Sözü Videosu) 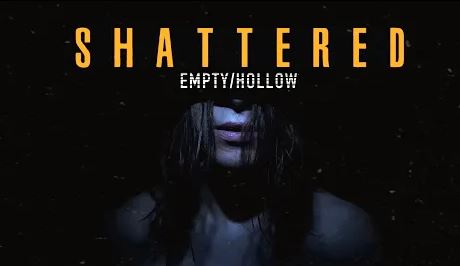