Hi! What`s up in UK dude? What about your arrangements to the Eastern hehe?
Greetings! The UK is living up to every weather stereotype right now. If you mean when are we coming to Poland, we have no plans to do any tours yet.

You`re a quite new band. Could you tell me what was the impulse to start the band?
The lack of a vegan straight edge presence in the UK hardcore scene prompted me to want to do this band. Took forever to find a lineup, but now its full throttle. 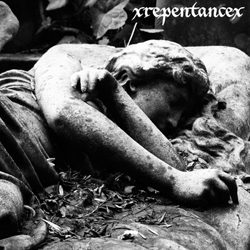 You`ve released your debut "In Violation Of Asa". How has it been received by the fans and media?
It has been very well recieved so far and we are all thrilled about it. Was not quite expecting the response it has gotten. Thank you to everyone who bought a demo.

Did you toy around with the sound and did you get the result you were looking for? Did you have any albums that were inspiration for fining your sound to this release?
The guy we recorded it with (Ian Boult – SOAN Studios) was very easy to ork with and seemed to capture what we ere after straight away. Props to him. In terms of the sound, I would say somewhere between The Eternal Jihad by Day of Suffering and Dead Man Walking by Arkangel – both in terms of production and muscially.

You`re a hardcore band but with the strong metal feeling. Are you in metal scene as much as in hardcore?
Personally we are all heavily involved in the hardcore scene, but love metal. I dont think any of us identify with a metal scene. We just love the music. Good thing about hardcore is the message and ethics, it seems to be absent in every other scene.

I hear an inspirations from Earth Crisis, Strongarm, Hollow Earth – the band which are very engaged in there message and putting weight on atmosphere in their music. Is this your direction? Is this correct and if yes could you explain why that is?
Yes, you are correct. Our message is not a particularly positive one. As a result, the music which accompanies the message must be violent, hard and condenming. We try to maximize this as much as possible. Hopefully it accomplishes this.

You’re signed to Atonement Records. How did you end up with them?
Darke is a good friend which we have known for a number of years through being involved with the hardcore scene. He started a new label specifically for this genre of hardcore and asked me if he couldnt release xRepentancex. Darke knows his stuff and so we were happy to do it. Its a new but great label and they put the effort in.

Could you explain a meaning the title of your ep? "Asha" is a term from zoroastrian theology – something like "truth", am i right? What about the connection of this title to your lyrics?
Correct again. Asha is indeed a central Zoroastrian concept which can be translated as ‘truth’ or ‘order’ – usually in a moral context. The E.P. uses this name to emphasize the human corruption and abusive of the natural world, leading to inconsistencies and hypocrisies in moral frameworks. 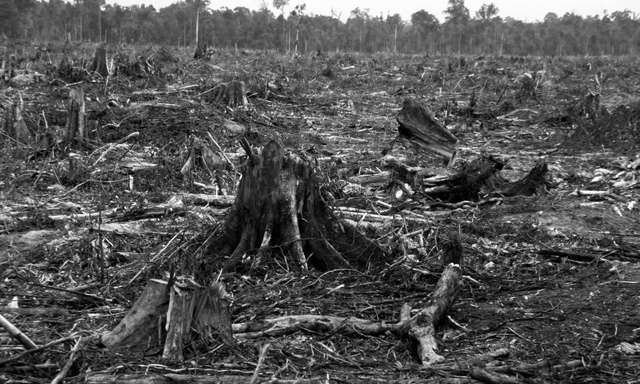 You`re lyrics are have quite negative message. Are that inspired by your everyday life?
I would say not. Our lives are relatively comfortable compared to some on this planet, and it is important to remember that. Nevertheless, anger and outrage at particular injustices in the world are defiinitely a part of our everyday lives, as it is to most who are aware of them.

You`re a straight edge band. In "War of Attrition’ you say that "This cross is my escape". How the separation life from drugs made ​​your life better?
100%. Drugs and alcohol in my view are a waste of time. Built on conventions that I do not wish to accept.

Is veganism strongly connected with sxe for you? Can we put an equals sign between hurting other being and destroying ourselves?
Veganism has strong moral aspects to it, whereas I do not think Straight Edge does. Sxe is merely practical for me, a means to an end. By having a clear mind and rejecting the passive and complacent nature of alcohol and drug culture, one can focus on tackling moral issues, such as those approached by veganism. That said, I do think there are strong psychological harms to human beings that view and treat animals in the ways they do

What would you tell to kids from rich families who have a harshly party time for their parents’ money while other people do not have money to buy a bread?
No one should feel guilty for having a rich family. But I guess I would say maybe to just gain some perespective and to use that money to travel abroad as much as possible to gain experience. That way, they may appreciate what they have more in the long run.

You use in your lyrics a term "Frašō.kərəti". I think that it`s from some theology? What is this?
That is another Zoroastrian term, literally meaning "making excellent" in the sense of renovation and renewal. Zoroastrians use it as a concept pertaining to the end of the world, final judgement and the destruction of evil. Again, we employ this theme metaphorically to reflect human treatment of the natural world and its consequences.

What about your religious attitude?
None of us are even remotely religious, in the conventional sense of the term. I myself am an Atheist, as are the rest of the band members I believe. My view is that many contemporary religious views, particularly in the Abrahamic tradition, actually serve to undermine the notion of animal rights, and perpetuate the anthropocentrism which is responisible for the crisis we are in. This arrogant view that the world was somehow created for us, and that nature is ours to exploit, is disgusting. No matter what the scripture says, the theological framework encourages it, and must be avoided. That is not to say that some religious or theistic views are not compatible with an accurate conception of nature, but their coherence is another question altogether.

I found in your lyrics some interesting words "Violence in the name of liberation/A call for jihad on all mankind." Is that a declaration of your misanthropic attitude?
Absolutely.

From the other hand – what are the brightest moments of being on this planet for you?
Forming bonds of friendship with others, the creation of art, aqquring knowledge and understanding, self improvement, natural beauty. There are many. xRepentancex just focuses on the negative. We are actually nice people in real life!

We will finish this conversation. Do you have any split CD’s, 7′ or other releases in the works?
The demo is being pressed to 7", then we are working on an LP.

Anything you’d like to add to conclude this interview?
Thank you very much for the interest in my band. Good luck.