Hi, Håkan! How are you?Winter has come badly,even in here we are started to feel freezing in south,meanwhile how is life going on in Sweden?
Håkan: Winter is here as well. Fell about 35 cm snow in three days a week ago but not to cold as it usually gets so, it’s all quite well up here! 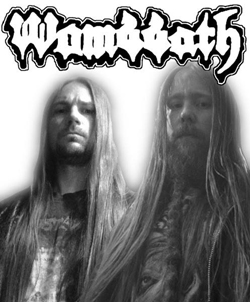 Can you inform us the last line up and changes in band?
The last lineup was the same as it always had been except for the vocalist. We changed after the Lavatory mcd, recruited Daniel Samuelsson on vocals. The rest is just useless to talk about. The line up now aint one yet except for Jonny Pettersson and I. Soon we’ll announce that.

Are you ready and excited about releasing a long awaited second full lenght album?How are people and scene reacted to this re-awakening of Wombbath?For now,you release a split album with Warhound from Bangladesh,can you tell us details how was this release happened?
Yes indeed. Everyone involved on this album is stoked, we all wanna have it released Now. It’s a killer! The split single with Warhound, how we ended up with one tune on that release is because Amitav in Warhound contacted me and asked if I’d be interested to participate with Wombbath. Absolutely, and wrote a new tune!

Any details and new information you have to tell about the new album and releases in upcoming days?
Not really. You’ll all just have to find out getting the music! Oh, well one thing…You can expect the Swedish buzzsaw tone!

In your last release called Lavatory in 90’s,you changed your style a little bit to more rock n roll influences,how did it happen?
On this question I’ll just give this answer. WTF were we thinking and doing?! Embarrassing junk! 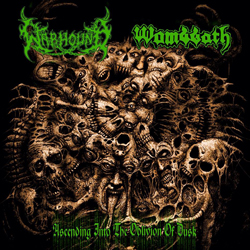 How did you write your songs in Wombbath?How does it work for you nowadays?Any changes?
Back in the 90’s we practiced a lot, several time a week. Wrote songs at the rehearsals. As a teen you have all the time in world for that but as an adult with work and family things are different. Nowadays and it’s composed at home which I really like.

Had you have ever toured as Wombbath?Are you planing a live band?Any tour plans or gig dates confirmed for band next days?
Never been touring for Wombbath but it seems like we are going to Spain in November for some shows.

Any record label contracts you have for Wombbath?
Yes. This album we are finishing now is being released by Pulverised records and we have signed for two albums for Soulseller records.

There are some re-releases of classical album Internal Caustic Torments,can you give us info about date,releases and formats?
Håkan: The first reissue was a collection of the full-length, demo, and 7” released by Necroharmonic records 9/11 2010. The second reissue hade the same collection but with an extra track, 20:13 Silence Unveiled, a remake/modern version os A Silent As The Grave. Released by Pulverized records 2013, 20 years anniversary of Internal Caustic Torments. 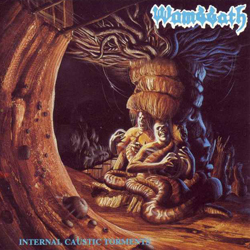 You are an old stager musician in Swedish extreme metal music scene,what things have changed for you personally and as a whole of Swedish scene and underground music scene in all world after all years?
Håkan: Good question. Haven’t spend to much thinking about it. I still prefer the good old ´80/´90 releases. I’m though very glad to see how big the OSDM scene is now, everywhere and every age!

How do you define your guitar style as a musician? Do you like playing music except death metal?
Uuh, good one. Hmm…. I’l just goe with Anders Biazzi’s words on that one, ”Håkan-style”. Absolutely, I can sit and play whatever is fun to play but I’m quite death metal is what I do best!

More or less,what bands do you like nowadays? What genres do you like more?
I have my all time favorites. Entombed, Dismember, Edge OF Sanity, (old) Malevolent Creation, Carcass and a few more. In general I’d say any genre. As long it’s something I like it can be any genre!

My questions are done,brother.I wish you the best for the reunion of Wombbath.Please say something to our readers to finish interview.Salutes.
Thank you! Well, keep yer eyes and open for both the split single release -Ascending Into The Oblivion Of Dusk and the full-length album, title TBA. And watch out for more news and candy in the future! Cheers!