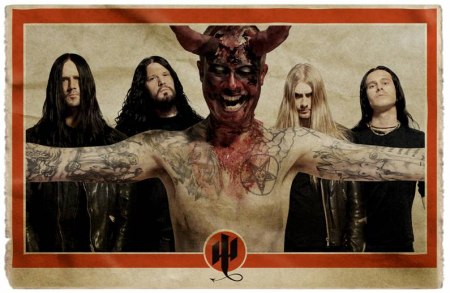 Behind-the-scenes footage from the making of “Witchkrieg”, the new video from Swedish metallers WITCHERY, can be viewed below. The clip, which was shot in early May in Stockholm, Sweden, was filmed, directed and produced by Daniel Larrson and AT THE GATES/THE HAUNTED guitarist Anders Björler (At The Gates Productions).

“Witchkrieg” is the title track of WITCHERY’s new album, which will be released on June 21 in Europe and June 29 in North America via Century Media Records.