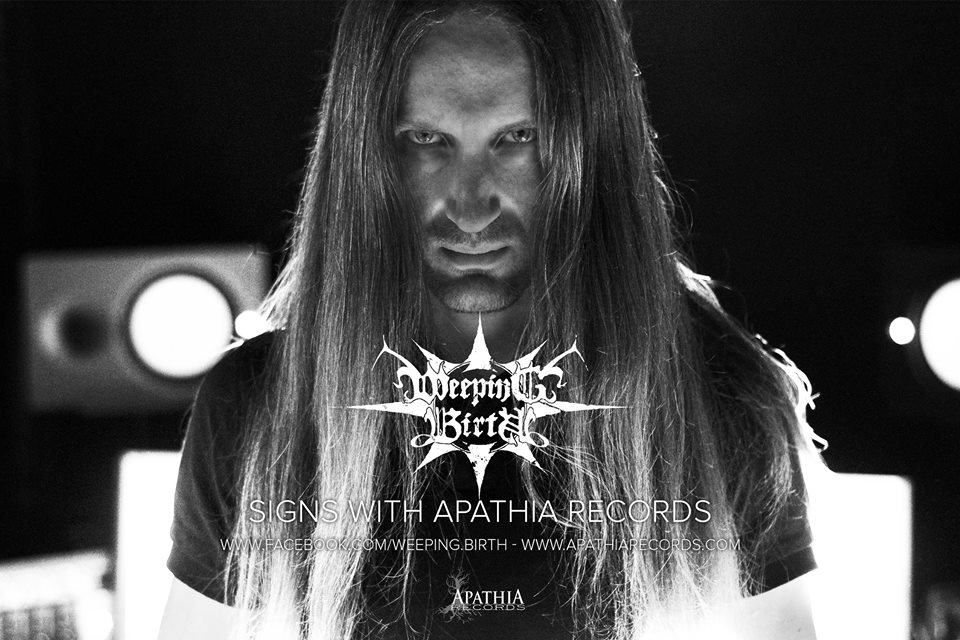 Apathia Records has announced the signing of Weeping Birth, the brutal and melodic black/death metal project of Vladimir Cochet (Mirrorthrone). After taking a break from his musical projects, Vladimir is now back at work and has successfully gathered enough material to release a new Weeping Birth album, seven years after the sick Anosognosic Industry Of The I. The Crushed Harmony will be released on November 16th, 2015 in digital and CD digipack via Apathia Records.