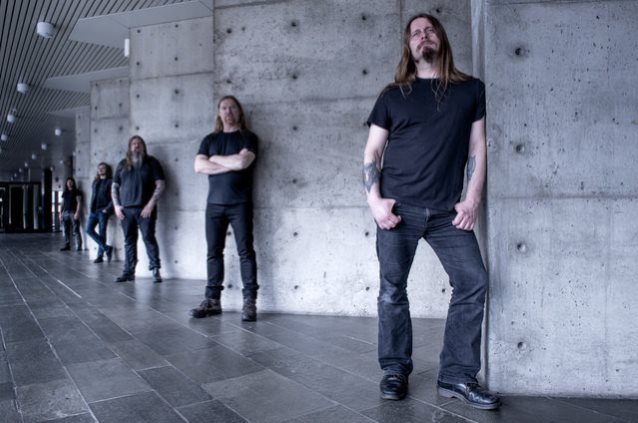 Norwegian progressive black avantgardists ENSLAVED will release their new album, “E”, on October 13 via Nuclear Blast. The follow-up to 2015’s “In Times” was recorded at Duper & Solslottet Studios in Bergen and was once again mixed and mastered by Jens Bogren at Fascination Street Studios in Örebro, Sweden.
To provide a first taste of what’s to come, the band now unveils their debut music video for the ten-minute-long single “Storm Son”, which blends mesmerizing prog with jarring extreme metal and a folky atmosphere. The music video was designed by Josh Graham, who previously worked with SOUNDGARDEN and NEUROSIS, among others, and delivered a truly spectacular piece of animated art that you can watch below.
“E” track listing
01. Storm Son
02. The River’s Mouth
03. Sacred Horse
04. Axis Of The Worlds
05. Feathers Of Eolh
06. Hiindsiight
07. Djupet (bonus track)
08. What Else Is There? (RÖYKSOPP cover; bonus track)