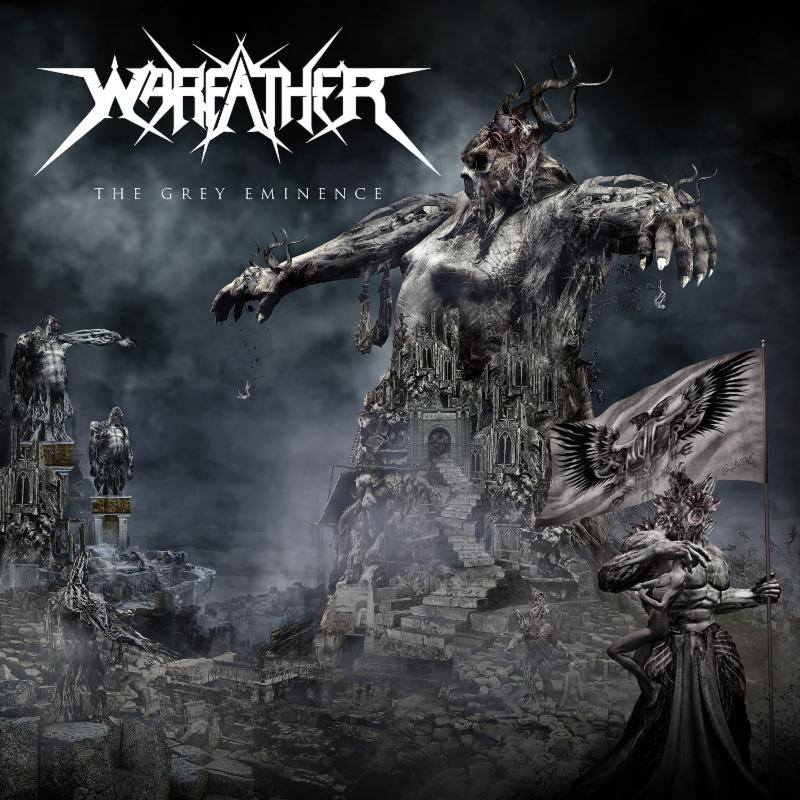 WARFATHER has released the artwork and track listing for forthcoming sophomore album The Grey Eminence. The album will be released September 16 on Greyhaze Records.
Featuring Steve Tucker (MORBID ANGEL), WARFATHER’s highly anticipated follow-up to debut album Orchestrating the Apocalypse, was produced by Death Metal icon and studio wizard Erik Rutan (HATE ETERNAL, ex-MORBID ANGEL).
The collaboration marks the first time Tucker and Rutan have worked together since MORBID ANGEL’s Gateways to Annihilation. Tucker had this to say about the results:
“I am extremely excited for the release of The Grey Eminence. I feel that this album is one of the best things that I have ever been a part of! Erik Rutan did an amazing job on the production and the songs speak for themselves!”
Producer Erik Rutan (HATE ETERNAL, ex-MORBID ANGEL) added:
“Recording with Steve and the guys on the new Warfather album has been fantastic! It has been a blast to be working on this monster album in the studio once again with my great friend and former band mate. The songs are heavy as hell and just outright awesome. We have some great tones and performances.”
The Grey Eminence Track List:
1. Orders of the Horde
2. Headless Mean Can No Longer Speak
3. Judgement, The Hammer
4. For Glory or Infamy
5. The Dawning Inquisition
6. Heedless Servant
7. Carnage of the Pious
8. Grey Eminence
9. Fair and Final Warning