Hi Robert, thank you for this interview. Can you tell us a litte about Waning? About what you are doing until these days and what’s the short-term plans?
Hi there, it’s always fun with interviews, even though it’s quite perplexing that it actually exist people who want to know what I (or rather we) think. Something about Waning… Well Waning is just as much a reaction to the metal-scene as a brain-child of ours. All of us have been playing in a myriad of different bands over the last 18 or so years; we got together back in ’07 and decided to start something completely new, not only for us, but for metal in general. Even though we by no means are unique, there are tons of bands who do more or less the same thing as us, i.e. disregard the genres and try to make music that is, in lack of better words, interesting. As for short term plans, I don’t know if we have any short term plans per se, we’re making an attempt to visualize our music shortly though .

From 2008 album “Population Control” you’ve stepped into the scene, from a company to be considered as a major ‘Eerie Art’. How was the reaction from this album?
Population Control got amazing reviews, for the most part, you can’t please everyone. Sadly it didn’t get enough promotion and was more or less just distributed in western Europe.
However as far as we know the first press sold out, with the exception of a few copies we still have ourselves. 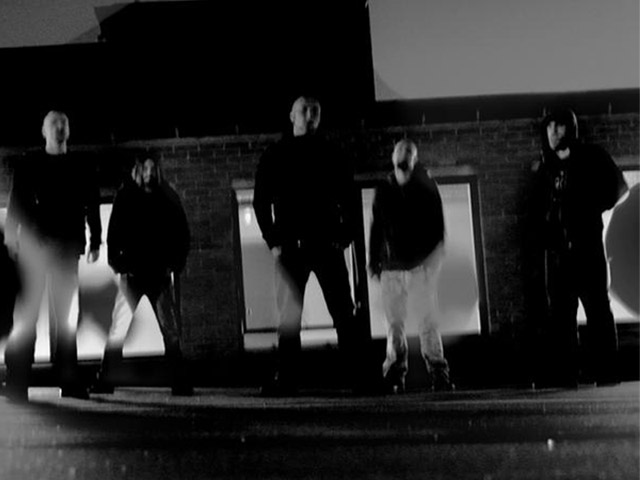 According to the Classic Swedish bands (black metal themed) you have a different image. Also within your musical structure you’re not using too much classic black metal element. How can you summarize the Waning? Do you think Waning doing Black Metal, or just making their own style?
That’s a really tough question actually, and the answer would be very different depending on which one of us who answered. Personally I’m hesitant to call it black metal, I prefere to just use the term metal, of course the roots of the band is black, It was actually the intention when we started it, but as time went on the music evolved into some kind of experimental, post-black, dark-metal hybrid. Creating a new style was never the intention, carving a niche yes, but not a new style.
The easiest way to summarize Waning is that everything revolves around the same concept, music, lyrics and artwork all revolve around aimlessness, lack of hope, not in a “I feel so sorry for myselsf” EMO kind of way, but more of a “I don’t have time for you scum” sense. And of course the ever so present cynicism, springing from the at least to us, very clear observation that a person can be very intelligent but mankind are sheep, or wolves depending on the context.
Regarding the image, we got that question in an interview from, if memory serves, a Polish zine a couple of years ago. The answer back then was that we’re to old to bother, and it’s still true, however you could view our lack of image as an image.

What do you think about the Post-Black Metal trend that we hear a lot lately? Some writers posted news about you have been in this current review, can I get a comment about this from you?
I think it’s refreshing, but I hope that it doesn’t eclipse the origins. 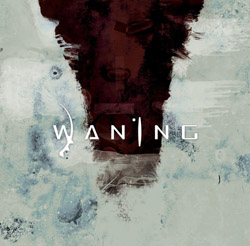 Lets talk about your new album “The Human Condition”.. Can you tell us about the record parts? What was the reason to stop the 4 years?
There’s a couple of reasons why it took such a long time to get the second album out, the first is the same reason we haven’t been out playing that much, this far we’ve only done shows at the Under the Black Sun festival in Germany, at the Dynamo club in Eindhoven/the Netherlands and a bunch in Sweden. Anyway the reason for that isn’t that we didn’t want to, but we weren’t been able to because our personal lives got in the way, that also slowed down the recordings. The second reason is that we’ve been looking for a new label since Eerie Art just went and dissapeared. I can’t say we were swamped with offers but there were some, however either we didn’t want to be associated with the label or that the offers were just ridicoulus.

Many members of the bans have a side project or a ex-band. Do you have a project that is currently on except Waning?
Nope, nowadays Waning is the only thing I do musically,it’s the same with all the others with the exception of A.A. and his Obitus, which is worth checking out if you haven’t allready.

Do you have any concert plans (tours)? Any special location or European tour and such?
There’s always plans, the problem is to find promotors. We don’t have any real management, and since we do everything ourselves it takes time, so if any of you who read this know of anything feel free to contact us.

If you were to do something extra-ordinary on the stage -for example, Ozzy’s bird-stomp show- what would you like to do?
Haha, I should have gotten that question 10 years ago, back then it’d most likely be something really gory, now, I honestly don’t know.

Roughly you’ve used the theme in your albums is “Human Aimlesness and Misantrophy” , could you briefly explain the basic philosophy of the band?
The basic philosophy behind it all is to create music, lyrics and artwork that works in unison rather than bits and peices put together. Also we go to great lengths to make sure that the general message is first of all consistant and that it always is something that all of us whole-heartedly can stand for. So to elaborate further the aimlessness we refere to is that humans in “developed” countries are lost and that people all over the world are prone to pack mentality. From our viewpoint it’s like this, a single person is at least moderately intelligent, a herd of humans is a dangerous beast. It’s also here the misantrophy gets in to play, it’s not hatered towards individuals, rather against the mentality. 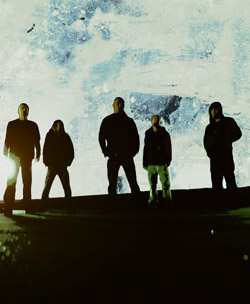 For the recent years, can we describe the money / oil wars, dictatorship falls, the invasion in the name of democracy, the violence, and a lot of negativity around the world for preparation of extinction? What do you think about those issues?
It’s all about human nature, humans as species is greedy and of course if you want or need a resource, and are able to, it’s up for grabs.
As for invasions in the name of democracy, that’s just stupid, if you look at history it has never worked and it never will. First of all the ones trying to implement democracy in the middle east have failed to realize that people over there have a completely different mindset.
For example, a multiple party system like most countries in the west regard as something positive can in the east be viewed as a division amongst the people, i.e. something negative. And that’s just one of many examples, that’s why I think west should get the hell out of there and let people solve their own problems, of course if a revolt against a tyrant should need assistance I suppose it’d be ok to aid them, but other than that, let them mind their own business. Of course there’s things that are appaling to me, for instance countries that have laws based upon religion, any religion, but I still don’t feel that it’s reason enough to force something on them just because we regard it as superior.
*Note that this is my personal opinions, not any official standpoint for the band.

What do you think about the facts that making people abstracting from life, society? Given the large part of metal music in your country are depressive / depression / dark themes on the board, do you think northern people depressed or anything else? I wonder what are your comments about this topic?
I don’t think people over here are more depressed than anyone else, of corse there are those that easily get depressed during the winter months.
I think that people in the western world are more or less the same, and that the problem is that people even if they live in a apartment complex feel alone, alienized if you will. Why we write so much on the topic, well, most of us have relatively short work days 6-8 hours so there’s a lot of time to ponder on the subject.
But I think the real reason that so many write that kind of lyrics is that, practically everyone can relate to them.

Your label seems to be with this new company “Antonym Records” . How is your agreement? Can you make a little information about them?
It’s quite simple, we have relatively free hands, we can do pretty much what we like, as long as we are consistant, and since that’s more or less the band philosophy that’s no problem.
In order to press the records the label gets a permit from us, since we still own all intellectual rights. So in short, new press = new permit from us.
Antonym records is a small label based in Gothenburg, which is run by a couple of enthusiasts, the main goal isn’t large quantities, but rather high quality and fair prizes. 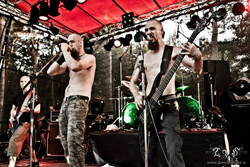 As Waning do you guys have a band or a musician that you’re taking samples for yourself, what are your points of interact? The moments that makes you folks bursting your heads while composing, if there are any can you tell about them a little?
The bands that inspire us are far to many to bring up (and to hard to pinpoint) since all of us, while having a steady footing in the different metal genres, have a vast variaty when it comes to taste in music. For example our bassplayer R.A.listens to anything from your basic flower power ’60s-’70s rock to (porno) gore-grind, and since the range in tastes is similar to all of us you see why it’s hard to specify, however vocally I’d say Thomas Such in Sodom is a huge influence.
When it comes to the creative process the usual way to go about it is that A.A. & A.F. gets together and starts writing on a frame of sorts, then we try it out while rehearsing, then it’s back to the drawing board again, and we pretty much repeat this until we’re satisfied. In other words, there’s very little of our work that’s just sprung from pure inspiration, it’s more the fruit of hard labour.

Finally, can i get a last word for our readers that hearing for the first time about Waning ?
Look us up on the web, disregard all the reviews you’ll come across, listen and get your own opinion.