Vile is one of the too few bands that im addicted to. They had been inactive for a while except for the single album they had released in 2008. Having read that Vile is up to a new studio record, I wanted to get informed and made an interview with the guitarist of the band, Colin Davis, who pleased me responding my demand of an interview shortly. 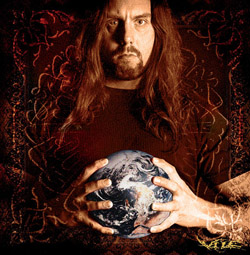 Vile has released only one single album after “The New Age Of Chaos”, we havent been able to enjoy another long play album since, what is the reason that you made your fans keep waiting?
Colin: Well there are a lot of reasons. One is that I am a recording and mastering engineer and I am running my business. The other is that the band members live in many far away places. I am the main contributor to the music and the business of the band. It takes a long time to get the other musicians to learn their parts and to commit to a recording schedule, etc. This new album also was even harder because I was trying my best to change the style a bit and also I wrote all the lyrics. Finally, we have had some label issues too. We used to make an album every 3 years and this one will be about a 4 ½ year wait because of these factors.

Anything new with Vile? what have you been up to?
Well, relating to Vile, right now I am preparing to record bass and then mix the new album. It’s almost done. It should be done in December. 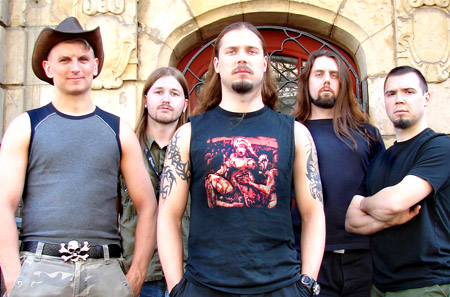 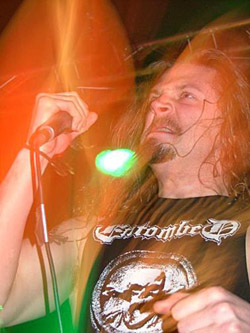 As it is written in your website, you were going to record the new album by 2009, how is the recording process, when are we going to be able to have it?
This depends on what label sings the new album and what their schedule is. I am hoping for a Spring 2010 release.

Will your style remain the same in the new album? No doubt it is going to be satisfactory in quality and technically. i guess this was asking that is absolute.
The sound quality will be excellent yes. The style will have more melodic elements, more experimentation and more variety. We have some fast songs and some slow ones. Some medium tempo ones too. Every song is very different. Its still got our grooves and our style but its going to be quite different overall. It will sound fresh and different from almost everything that is out there now.

It is rampant nowadays that even amateur bands shoot clips to publish on the internet. Have you been considering to shoot one for the new album?
A video? Yeah the problem is getting all the band members together at one time and setting that up. Probably we will do some kind of video before one of our next tours.

Have you decided the track?
I have not thought about it.

What about tours? Predictably it is not determined yet but any countries in your mind?
Europe is where we will probably go first. Again, I have to do one thing at a time. First I have to complete the recording, then mix and master, then find a new label, then release it and then tour. 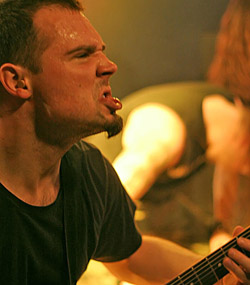 You have been sharing the stage with well known bands like Cannibal Corpse, Cephalic Carnage, Deeds of Flesh. It must be so great to be among and one of those bands, for most death metal bands. Do you have anything to say about those performances and bands?
All those guys are really cool. I appreciate what they do as well. We are all just regular guys…:) 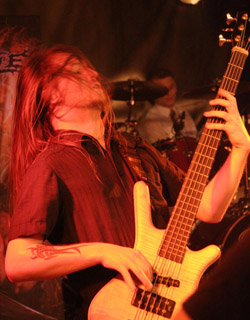 I vocalize for a death metal band and i write the lyrics myself. I get influenced by the gore scenes in the history, in a novel, a movie or even an anime. Id like to hear about what inspires you
Well, the lyrics used to be written by our last singer Juan Urteaga. He used to also write gory lyrics based on history and novels. Now I write them and I write about complex subjects like Mythology, Jungian Psychology, Politics, spiritual principles and consciousness evolution.

This is a very irrelevant question? which alcoholic beverage is your favorite?
Red wine is the only one I drink.

I dont want to bore you with tons of questions. Is there anything you want to say finally? It would be great to see you in Turkey. I hope someday we would be lucky enough to.
Yeah I would really like to go there. I think we will do it someday unless the political jerks make it impossible. Thanks for the interview! Much appreciated and I hope you see you there someday soon!