Please briefly introduce yourselves to the readers, how is your life in Syria ,we know bad situlation happens i hope everythings going well over there?
Hey everyone, we are Viieden from Syria and we play Death Metal. Well the situation here is getting worse every day, the war is taking over this beautiful land and life is getting harder and harder. Hopefully things will get better when this is all over.

Does the band name VIIEDEN has a special meaning? Could you tell us story of a foundation days and any special meanings?
Yes actually you can break the word VIIEDEN into VII-Eden; The Seventh Eden which is the highest level in Paradise in the recent mythologies. Viieden started as an idea with me and Hazem deciding to get into making music, back in like 2007 or something, the project took many names since then. We started composing and there were loads and loads of materials, and things got more interesting when Fadi joined us as a drummer, that’s when the dream started to become real. 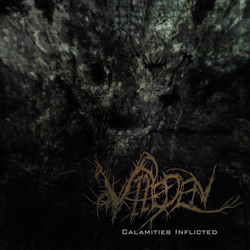 In Syria we know you havent got any possiblity perform your music, do you have any plan for  playing in abroad?
Since we got only few materials released until this moment, playing abroad is not going to happen in the near future, but it is our ultimate dream to perform live shows and get in touch with the audience.

How is the Metal scene in Syria anyway, in last years we have heard some bands and project,what do you think about your local scene?
The Syrian Metal scene is growing for sure, with many great bands releasing awesome and unique sounding music. Eulen, Netherion and Anarchadia are the first names that come to anyone’s mind talking about the Syrian Metal scene. And of course the Black Metal act Abidetherein, Hazem’s other project. We all know each other and it’s like a big family of metalheads.

I read that you will release this year new material via Grinbor Records. Can you already tell us anything about the music and the content of the songs?And how is relationship between label and band members?
Yes, we are planning to release a full-length album via Grindbor Recoreds. From what we’ve got so far, this album is gonna be heavy. Mainly there are about eight tracks, that were written in a long period of time, and that’s what gives the album an acceptable variety of styles, due to the change of musical influences with time.
We’ve known the guys at Grindbor Records for a quite some time, and when they started Grindbor we knew this alliance is bound to happen and we’re sure this would be a great start for both Grindbor Records and Viieden. 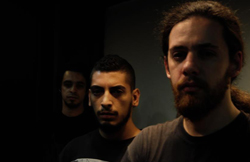 How important are your fans to you? Actually the bands getting fans easily than before because of internet,media connections like facebook,twitter,soundcloud. Do you have any comment effected by social media?
Actually the internet helped us get our music heard in many places around the world, maybe in a small proportion but still, it’s something. As for the fans, they’re the most important thing in this business, some say “we’re doing it because we enjoy it and we’re doing it for ourselves”, well that’s not the whole thing, of course we’re doing what we love to do, but what is art if there’s no one to perceive, appreciate and judge it?

Where do you wish to see your  band in five years?
Touring, hopefully. Maybe opening for Vital Remains, yes that would be awesome!

Any last words to your fans and which is read your band name in first timers?
Just support, that’s all what we ask for. And we wanna give thanks to everyone who listened to our music, the guys at Grindbor Records and of course you guys at Extreminal webzine for making this interview happen, cheers!!!

Many thanks for the interview and all the best for you and VIIEDEN in the future!