Hi, I ran an eye over your site to ask some questions. VIETAH has started in 2002 but the first produce could be recorded in the years of 2006-2007. What’s the reason for the waiting period? Was it a kind of preparation?
Hi! All songs for debut album I wrote in 2002 year but at that time I was the beginner musician and I had no possibility to make a qualitative recording.
And only 4 years later I felt that I’m ready to record the album. I think that these 4 years didn’t go by in vain. I became stronger as a musician, the album underwent a change and became better. 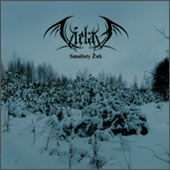 "Smalisty Žah" is one of the albums that I interested the most form which I received by Stygian Crypt Productions, thus I stated such in my review. How are the reactions from the audience in general?
Opinions of auditory are different. In fact as many people so many opinions. Some people more liked “Smalisty Žah” and some people “Zorny Maroz” but in any case Black Metal fans have positive opinion about VIETAH.

TheReviews in the site are written in Russian, so I have no idea about them. But, by looking to the points that given, it seems to won approval. Have you seen a negative review?
Of course, negative opinions exist too. I think adequate criticism once again helps to see defects and oversights. I accept all criticisms, but I don’t attach the great importance to it. Final decisions about future forms of VIETAH songs will be founded always on my personal senses only, but not on opinions of other people. 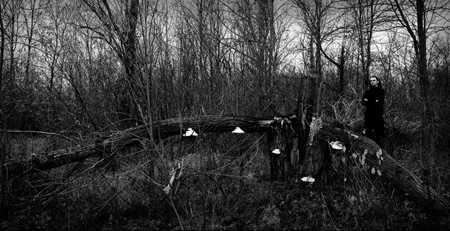 I’m asking it because of I have no knowledge about Russian Language. What are the lyrics about?
VIETAH lyrics is written in Belarusian language and not in Russian. These languages similar but differences exist between them. (okay I learned the truth now, I’m sorry 🙂 / Goremented)
“Smalisty Žah” lyrics opens changed sense of the nature through twilight conditions of consciousness. Lyrics of this album is dark visions of natural phenomena, when sick fantasy transforms nocturnal natural landscapes into the other sinister world beyond meanings of life. “Smalisty Žah” translates in English as “Resinous Horror” but translation of all lyrics can’t give full meaning and full picture of feelings which occur in Belarusian lyrics.
May be in the future I shall place English translation of the lyrics from all albums on VIETAH site. 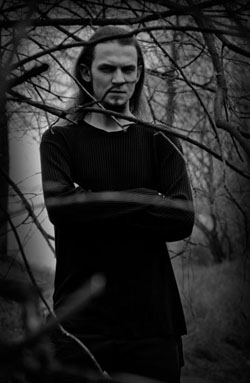 People generally write the lyrics in English instead of their native language. I appreciate who uses his native language especially in Black Metal. What are your thoughts about this? You must specially be written in your own language.
In the beginning VIETAH lyrics was in English language and the project had English name. After I felt that my lyrics must be in Belarusian language only and the name was changed in Belarusian. VIETAH means “Waning Moon”. When I recorded all instruments for the debut album and the time came to record vocals I understood that my desire to use English is fallacious and the album must be only in Belarusian.
In the future I plan to record else three albums. One of them will not be traditional for VIETAH, and maybe it will be in English.
As to other bands I like to listen to Black Metal in Swedish, Norwegian, German, Hungarian, Russian and Belarusian languages.

The darkness and the coldness in your music is reflected to the album cover very successfully. I think, the photos are taken for this album. Where are those visions from? Are you the who determined the concept of the cover?
Majority of photos for album cover was created in my indication. But some photos were made by photographers earlier and I decided to use them too.

In such Black Metal albums, it gives me pleasure to listen occasionally ambient songs. Do you like to listen just ambient? Which musicians who does both Black Metal and ambient are your favorites?
Norwegian Black Metal of 90th had an influence upon me with the bands like MAYHEM, DARKTHRONE, BURZUM, CARPATHIAN FOREST, ULVER, IMMORTAL. I was listening to these bands more than others.
From the names which appeared later I like SHINING, FORGOTTEN TOMB, WATAIN, DEATHSPELL OMEGA, NORTT. From Belarusian Black Metal underground I pick out the best like KRUK, PAGAN, APHOOM ZHAH, SMIERCIESLAU bands.
Of course, I listen too many different other styles and bands. 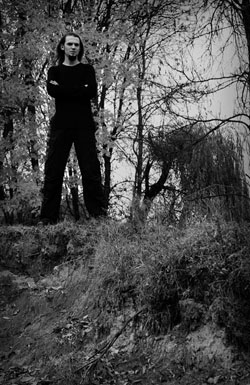 Are you planning to perform on stage, and do you have a staff for the gigs?
Yes, in the future I plan to perform with VIETAH on stage. I have experience of live performances in other bands. Now I look for live musicians for VIETAH. When VIETAH is ready to live performances then information will appear on official site about.

Is there any work for the next album? Will you give a place to a cover in it?
I have very much of new music and lyrics and many individual riffs for future songs. Now I record the third full-length album with the name “Tajemstvy Noczy” (Sacraments of Night). It includes four or five long songs of Atmospheric Black Metal with minimum of keyboards. In the future I have plans to make some covers else. One of them will not be traditional topic for Black Metal. 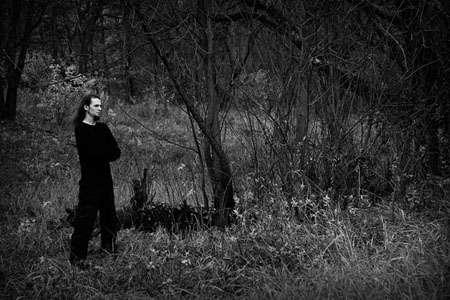 Nowadays, I had chance to listen something from the north of my country through Stygian Crypt. I don’t have so much idea about the scene of there. How are the situations in Belarus?
There are many bands which play in different styles of metal in Belarus. Nearly all my friends play in different metal bands. Level and quality of local bands grow constantly. Quality albums appear more and more. Often we have gigs with local and foreign bands.

Those were all my questions. Is there anything that you want to add?
Now in Belarus autumn, dampness and cloudy. The time to go in a forest for new inspiration.