Hi! What`s up? Are you tired after the tour? What about the gigs in Poland, Czech Republic and Germany? How different are the fans in each country?
Jon "Elle" Lindqvist : Hi! Not so tired anymore, buts it’s been a month or two since we got back. The gigs were great! I don’t know how the fans differ from different contries, depends more on the venue. 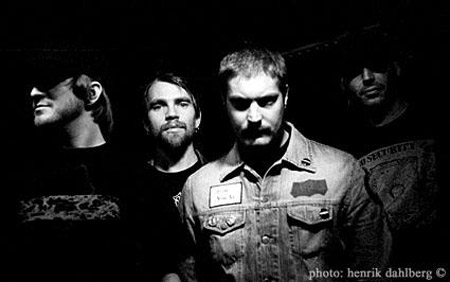 Can you tell something about a most memorable experience on that trip?
Taking my first swim since two years or so. And hanging out with my dear friends from Victims. 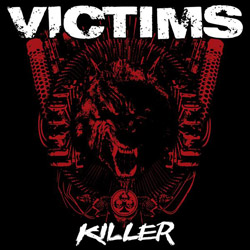 Your last full lenght was released 2 years ago. How do you evalute "Killer" now? Do you think you got the production you were looking for?
I really like the songs. We worked very hard to make a good album. We got the clear "studio"-sound we were looking for, but there are always things that could have been bette r.

You have released a cover of Discharge on tribute? Is this an important band for you and why? Did you grow listening Discharge?
Discharge is a part of my life, now and growing up. They invented the D-beat, you can’t take that away from them.

Do you have any split CD’s, 7′ or other releases in the works?
Yes a new LP!

You mix many different genres together – does this reflect your personal taste? Why the mix of hardcore/punk and rock`n`roll is the great music for you?
I think we write songs, and if they sound more traditional Swedish hardcore/d-beat or more American, that’s just the way we like doing it. All we want is NOT being a boring band that can do a record every six months that all sound the same. 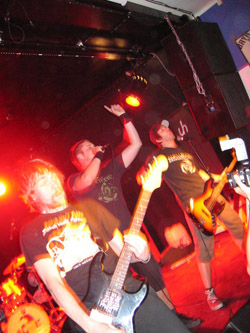 Do you solely find inspiration within the punk and hardcore genres, or do you appreciate music like death metal and grindcore a s well?
I find song writing inspiratíon in old American hardcore. I LISTEN to almost anything but fusion jazz. Today’s music is pretty boring, one out of 300 bands are worth listening to. Though there is still good extreme music out there.

How much do you pay attention to what is going on in the underground and hardcore/grindcore in general nowadays?
I listen to music 8-10 hours/day. Everything from mariachi via Bethoven to grindcore to Backstreet Boys to 80’s hits to country to drone to black metal. Listen to what’s recommended by friends who know what they talk about. I passed the age when you bought every 7" out there.

Lyrically what kind of subjects do you write about? How big a role do the lyrics play for the band, and music?
This is really a question for the others in the band. I think the phrasing is more important than lyrics themselves. Though the one writing a specific lyric is not just fucking about, I guess they are pretty personal.

How do you remember the times when you played in Nasum? What about the differences between playing in Nasum and Victims?
Victims is a band where we know exactly what we have and what to expect – an underground hardcore band. Nasum was getting "big" when Mieszko passed away. I had the best of times with Nasum. Nasum was really technically challenging while Victims is more of a croch-rock-n-roll-thing. 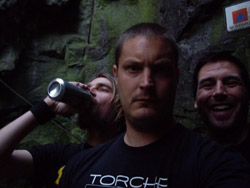 What do you think, if Mieszko would be alive how the current music of Nasum would be?
I think we would have done 2-3 more records by now. Music-wise? What Nasum did best, great music.

What do you think about the new Relapse Nasum shirt with celtic cross?
Haven’t seen it.

What about the bands with Nasum members – Coldworker, Burst etc. Do you like it?
Coldworker does great great great death metal. Burst did one of the greatest albums last year.

To vary this thing a bit before we approach the end, d’you have any hobbies, interests, collections etc outside your bands that you can tell us about?
Yes, bowling. I play at least once a week. I’m a TV addict. I’m not into pets. 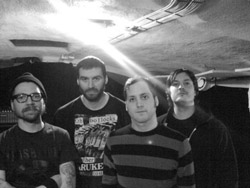 If Victims could tour with any three bands – dead or alive – who would they be and why?
Oh such a hard question.
Bolt Trower
A prison tour with Johnny Cash
Black Flag

What is next on the musical horizon for Victims?
New Lp, new tours – business as usual…

Thanx a lot for your time? Any words to conclude this interview?
Thank YOU. Waiting for monday Bowling and Victims rehearsals next week. Sweet!