It’s been nearly a year since you released the album The Measure of Waste, what have you been doing lately as VEÉR? or have you focused on some other projects?
Paga: We’re working on new VEÉR songs and we’d like to record them as soon as possible. Knot and Jim Jones are kind of busy with Kolp as well, but we also have regular jobs, sometimes it’s difficult to focus on the band every single day.

Maybe this’s gonna be a quite ordinary question but it’s a “must ask” question anyway. Your band’s name was Ravenshades once, why did you change it?
Major: I reckon a couple of years ago the band reached another level where the previous name was literally out of date. With the debut album came a fresh start and it seemed to be a good idea to have a new name as well. It suits the band better, it reflects us better and it is much more distinctive than the previous name was.

As far as I see all members of VEÉR are carrying a role in other bands. Which of these bands is your main band? I’ve listened to KOLP,KOPROFAAGIA and WITCHCRAFT by far…
Major: Veér became my main band since Vortex had been put to sleep…

In your music, I see the impression from Swedish band “Craft”, am I wrong? How much do you think Craft inspired you?
Paga: I wouldn’t use the word impression or inspiration. Of course, they play fucking great music and maybe we have the same attitude toward healthy sound, but that’s all coincidence. Recently I listen to a lot of psychedelic/retro rock music, and Pink Floyd is my all time favorite band besides early Bathory.

Was that a “one album” deal you did with Caverna abismal records which published your last album?
Paga: Yes, but our relationship is pretty good with Caverna Abismal and Neverheard Distro, so maybe we’ll cooperate in the future again.

Considering your style, your song names and your album covers; you have a minimalistic attitude compared to the other black metal bands. Where do you think VEÉR is in all black metal area? Under what genre of black metal do you describe yourself as?
Major: I don`t really know…is there any tag you can put on us? Veér is definitely dark, raw and heavy with an immense negative blast. Just like black metal should be. So let us just stay with this tag, then.
Paga: You mixed minimalism up with monochrome. Light and shadow effect is important in visual and in musical aspects. Or if something is not showing off you call it primitive?
M: Is it minimalistic if you don’t sing about the usual and deadly boring BM topics like devil and anti-christianity and don’t use fantasy-book illustrations with skeletons and dragons on your cover in full colour? It is not minimalism at all. Veér reflects our age and the world around us with the instruments of black metal.

You create your music in your own language, which turned out to be quite fashionable to write black metal songs in own language lately. Can you express yourself in your songs using Magyar as language? For example making Turkish black metal songs is really hard. How is it in contrast to your language?
Major: Wow, that is a nice compliment to Koga. No mate, Koga writes the lyrics in English, and believe it or not he even sings them in English, altough you can hear nearly any language into it, because of his unique style of singing. His voice is almost like another instrument, I must say I absolutely love it.
Paga: Or maybe he sings in an ancient and forgotten language that no one knows, just him. 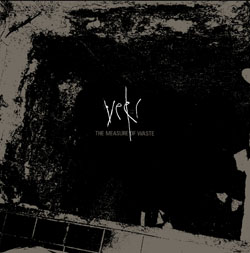 Negativity, depression, anti-life, suicide, overdose, alcoholism, wars, hatred, rasism are the main topics lately in black metal. What do you think about the fact that many bands are losing interest in occultism and satanism which are considered as the root topics? There is kinda more intellectual lyrics and atmosphere, which we can sense in your songs too..
Major: No wonder that people lose interest in occultism and satanism as they grow older. Those guys in Norway who started those classic bands were 16-17 years old and most of them were just taking the piss, they didn`t take that bullshit seriously. This music is a good channel to release all sorts of negativity and hatred, real things that are inside you, me and everybody in this fucked up world.
M: It was just about being extreme and finding an “enemy” without any sense.

There is a question which I think it’s gonna be interesting. What if alcohol is prohibited in your country? What do you think what would happens?
Major: I reckon in Hungary a lot of people would simply make alcohol in their homes as some of them do that even nowadays without any regulation in the alcohol sales.
Paga: Alcohol is the cheapest and most popular legal drug in our country, and we enjoy the benefit of this fact. Anyway if something is prohibited, the black market blooms – that’s the eternal rule.

What was the reaction to your first album? The artwork, the booklet were too minimalistic and as a band picture there was only one individual. What was the reason chosing something like this?
Major: Too minimalistic? I don`t think it was too minimalistic at all, it was just perfect. And why should all of our ugly faces be in the booklet? Jim Jones pulled the shortest straw so he had been put into the booklet, he is the most exhibitionist of us all anyway.
By the way the reactions were pretty good. Both from the critics and from the listeners.I deliberately don`t use the term fan, I don`t think we have any. Who would anybody be so stupid to be our fan?
M: The reason was that the cover fitted absolutely to the music of Veér. It is bleak and dark. But not minimalistic. There is nothing mystical in it, we don’t need to put some childish “metal-album-artwork” to the cover. No band picture? Who cares about our ugly faces? We liked that photo of JJ and it fitted to the cover so we put it into.

We started hearing some really good band from Hungarian musical area. Especially Morbid Carnage is my favourite that attracts my attention. Is there a rise really or are we late to hear it?
Paga: Do not jump to conclusions. There always were and will be outstanding acts in Hungary but also there are tons of shitty bands.

There are big festival held in your country which we see from time to time. is VEÉR or your another band wanting to take place in these festivals or are you insistant on going underground til the end?
Paga: There are only too mainstream festivals or some gigs in a nasty and cheap clubs immoderately called “festivals”. So we wait for the proper opportunity but it seems we’re cursed. And we are picky bitches I admit it.