Hi, the first question is: what was you favourite cartoon in the childhood?
Hard question, too long ago!

You have released a new EP "Eternity Is Love". Could you explain the genesis of the title? In what ways do you think you made the biggest progression compared to the previous release?
All the songs on Eternity is Love have something to do with love. Not only love for an other person, but also for certain things in life. And the fact that you can read the title reversed and it still has somehow the same meaning was a decisive factor. Eternity is love: to keep something in mind or to have something forever means that you love it. Otherwise you wouldn’t keep it forever. And some kinds of dedications also stay forever, so these dedications say that love is eternal. Of course eternal is a more poetic way of saying someone’s whole life. 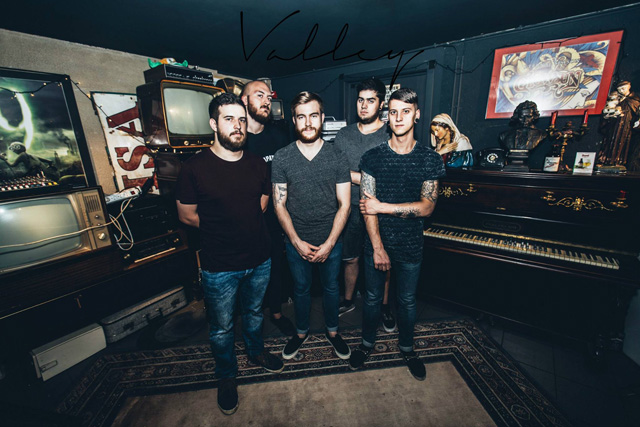 You worked with EP at The penthouse studio. Could you tell something about this place? Did you toy around with the sound and did you get the result you were looking for?
Dennis, our guitarist, made the prerecordings of our new EP. We recorded everything in his bedroom before we went to the studio. It took us months to record and adjust our new tracks, we took the time to talk about how the new songs should sound. We did most of the work before the studio. We think it’s very important to sound real, to sound live. So we wanted to use no studio effects or pedals, just our own pedals that we use live.
Filip De Bot, who recorded our EP at the Penthouse Studio really felt what we meant and knew how we wanted the songs to sound. This was very important in the progress of recording this EP. We were so happy when we heard the result, because everything sounded just like we wanted! 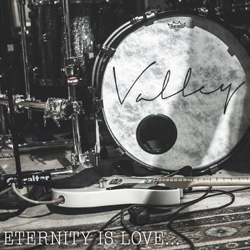 Davy: I’m a big fan of atmospheric music. And that’s what I want to create with our music: a temporary world where one can lose himself in. I listen to post-rock / post-metal and ambient music. Listening to Carbon Based Lifeforms for example makes me feel comfortable when writing lyrics. The atmosphere in this music is very useful while reflecting about certain topics.

As a band, we would say that our biggest influences in melodic hardcore are: Being as an Ocean, Defeater, La Dispute, Acres, Crooks and Touché Amoré.

What do you think where are the contact points of hardcore type which you are doing with the bands like Expire, No Turning Back or Backtrack, which are part of the same scene and are playing completely differently?
Although we build our songs based on some melodies we still get some inspiration from that kind of hardcore bands. We like the energy and the rawness of those bands and we believe that our songs feature the same kind of rawness and pureness as those bands.

Your music seems to be quite personal. Is it possible to create in this genre convincing things without exposing personal feelings? Revealing personal rethinks might not be comfortable, people can interpret these things badly too. Do not you have a problem with that?
People can interpret these things badly, that’s the power of music. Our songs should suck people into the feelings of our music. We want people to feel completely lost. People should get the opportunity to feel and think free about everything, even about our music. No matter what feeling our music gives them. 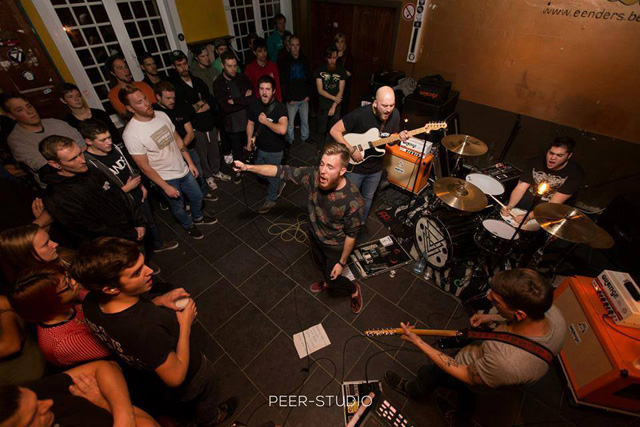 Do people to whom turn to fragments of lyrics in some moments are real?
Yes. Kingdoms shouldn’t be taken literally, but in a more poetic way. But that’s an actual love song about dedicating your life to someone that is worth it.
Betrayer was the first song we have ever written. It’s based on a true story while fighting mixed feelings. The whole story is a bit too personal. The lyrics reveal a part of it thus people can choose what they think about it, or how they feel about it. It’s possible that someone in the same situation would recognise him- or herself in it. 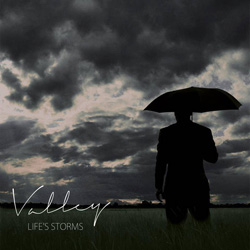 Do you think listening to sad, reflective music can sensitizes the character of person?
No, it’s not because people listen to sad and reflective music that they feel this way. It can also be a good thing to disappear for a while and to become a stronger person in the end.

How usual people reacts to your performs at concerts?
People often say that we gave them goosebumps during our set or that we made them cry.
They might recognise themselves in our music. Or they recognise a feeling they might have encountered in their lives.

How much do you pay attention to what is going on in the underground and hardcore in general nowadays?
When we’re not playing shows we go a lot to other shows. We want to support bands and promoters. In Belgium it’s hard to get recognition by the audience. You have to work and invest hard to set up shows. That’s why we want to support the DIY scene. Going to shows gives us inspiration and we love meeting new people.

Besides Valley, are you currently in other bands?
No, we don’t have time to do that. We’re all working hard to push the band further. We work every day to be better musicians, a better band and to get our music exposed to a bigger audience. We became best friends too. Being in an other band wouldn’t work the same way. When we play together we feel something special. It’s our escape from reality. 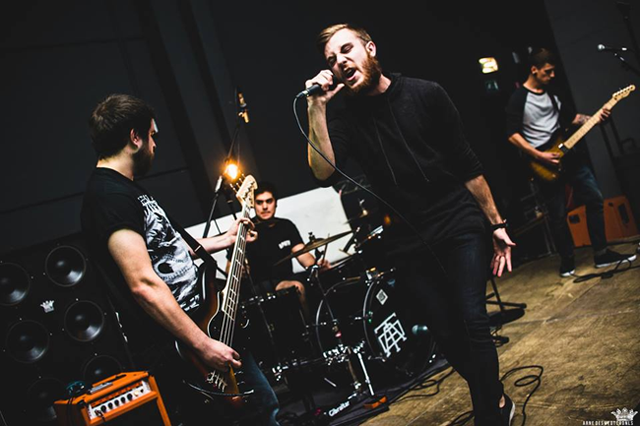 Could you recommend some three movies, which lastly had an impression on you?
Pulp Fiction, Reservoir Dogs, Inglorious Bastards. Quentin Tarantino is a tremendously good director. He creates a storyline and uses it on a very original way.

What are your goals from now on?
We recently did a weekender tour through Germany and The Netherlands. We want to tour more days in the future. In the beginning of November there will be another tour in Germany, The Netherlands and Czech Republic. Although our second EP just got released we’re already working on a third one. So releasing a third one is definitely on the list. We’re not setting any date though. Getting inspired can’t be forced. We want to take our time.

Anything you'd like to add to conclude this interview?
Thank you for asking us and we really hope that one day, we can play a show in Poland.