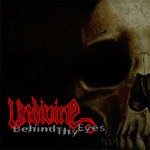 Many people were surprised when your demo came out. In general when you listen a new band’s demo, you don’t feel like impressed. But even when we listen your demo ‘Behind Thy Eyes’, we just start to wait for the first album admiringly. Can you tell us a little bit about the time between the preparation of demo and the first full length?
Erik: Ok, wow it’s already five years ago we started the band.. time flies! Well what can I say.. we just started rehearsing some riffs back then, and tried to get a feel of how we wanted our sound to be. Played some covers too, Mother North by Satyricon and Where dead angels lie by Dissection. I guess our sound, those days at least, became some kind of mix of those bands. When we got some songs together we recorded them and that’s that. After the mini we wanted to try and record our selves, and that turned out pretty good. We moved in with Isole at their place, so we got access to their studio. We still rehearse and record there, in studio Apocalypse, and it’s a pretty nice place to be. It’s a place to be creative, a dark and cold place.. 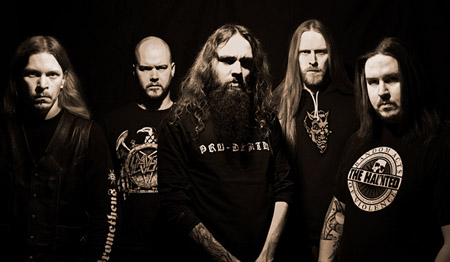 After ‘Behind Thy Eyes’ you have changed the Svartalv name into Undivine. What was the reason for choosing the name ‘Undivine’?
Erik: Kristofer came up with the name Undivine. The reason for changing it, first of all, was that we didn’t have any lyrics in Swedish, or any related to the Norse mythology. Also Tommy wanted to keep writing in English. And we felt that the name Undivine fitted us as individuals and the feel in our music. 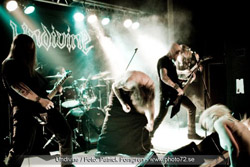 I think the first album ‘A Deceitful Calm’ released a little late. What was the cause for it?
Erik: First of all, we recorded the album before finding a label. And when Aural offerings contacted us we started negotiating. A lot of waiting, we pretty much waited for covers and layouts first, then the album got pushed back several times beyond our control. But we’re okay with how things turned out.

After ‘A Deceitful Calm’ your bassist Robert Faltström left the band. How this breakup affect Undivine?
Erik: It was undramatic. We talked it through with Robert and it was the best decision for all. Of course we lost a great lot, because he is a good friend and a charismatic person to have there on the stage. We gained new strength when Kristofer played his first note on the bass.

And Kristofer, after this breakup you have assumed the bass part for the band. At that time, how was it for you? How has it affected your own work? 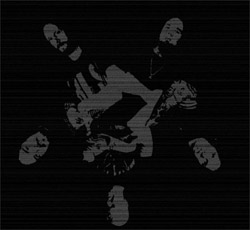 Kristofer: It was a very easy decision for me to take over the bass duty after Robert since I am a bassist first and foremost. I love to play the guitar and see myself as a decent rhythm guitarist. When Robert left we discussed how to proceed with the band and the easiest way was to go on as a four piece with me on bass. Other than the shift of gears, my role in the band is the same as it always have been. I still write music and I am still a part of the production and arrangement of our songs.

Sweden is a rich,large country for black-death scene. How was the approach of the record companies, from the date of your foundation? Have you ever felt like you are in a tough position?
Erik: It’s been pretty quiet, but Sweden has become too commercial.. it’s all about the money. And there are so many bands nowadays. So much crap! We have never fealt like, "damn we will never get a record deal" or what ever. We just knew that when we put our best to it and produce our album, it will get released. Our ambition was to get it out there and spread the word. We did not expect a major label to sign us, because that is not something that you see happening every day. The underground labels are ok, we have got pretty good deals I think. Only thing is that the budget for touring is non-existing. But we’ll get there.

You have released a demo and two full albums from 2005. And your studies for the 3rd album is going on. Can you tell us a little bit about these studies and also about the album? Probably it’s early to ask but when, you think, it will come out? Because I’m pretty sure that mass of people out there who are impatient for it. 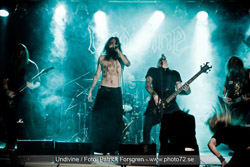 Erik: Right now we are recording a pre-production of all songs. A different approach this time around. We want to hear all the songs recorded, with vocals and all before we do the real deal. And also because we have too many songs for this album so we will try to select the songs that fit the concept. I think the next album will be darker, more sinister. The release can’t be expected this year, perhaps mid-2011 the earliest. We have no dead-line, it kills the creativity. But we are trying to pull this beast up to the surface of this world as soon as it allows.

Now here is a question for Erik and Kristofer; you two with Robert, left the band ‘Mortellez’. As far as I know it was a band that has a 4 demo work. What was the main thing for your decision of setting up a new band after Mortellez?
Erik: We were still 100% motivated with our vision, we knew Mortellez was dead meat and going no where so we left and started a new band.

Each of you have playing in other bands except Undivine. Does it get hard to come together for Undivine?
Erik: Not really, we all have much to do on the side but we keep going strong. 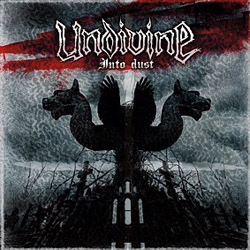 Your first gig was with Krisiun. How did it feel: the first time on stage and being there with Krisiun?
Erik: Sharing our first stage performance, and warming up for them was an honour. We had a blast back stage, drinking and taking some pictures with them. It was great to meet them, they’re a bunch of really cool guys.

You didn’t go on a tour yet. But I’m sure that with your success, you will be achieved much more. Are there any band’s that you want to take stage with?
Erik: A tour with Hypocrisy would be nice, of course! We have lot’s of personal favourites and many bands that we would appreciate sharing stage with. However, that’s not the most important thing. Right now any tour opportunity would be taken into concideration. Any how, we will keep working our hardest with the next album and the next.. and then we’ll see what happens.

Last album ‘Into Dust’ is very good.We are looking forward the new ones impatiently. As the Extreminal team thank you for interviewing with us. Finally is there anything for you to say?
Erik: Thank you so much, we are proud of ‘Into dust’ but we will kill you all with the next! Keep checking out our webpage and myspace for what’s coming up! Thank you to Extreminal for your support! To our fan base, thanks for your support!