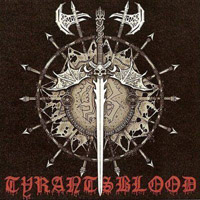 TYRANTS BLOOD – who feature members from some of Canada’s most prestigious and important metal bands such as BLASPHEMY, WITCHES HAMMER and INFERNAL MAJESTY – are finishing up the final touches to their fourth release entitled Into The Kingdom Of Graves. Working with Byron Stroud (FEAR FACTORY, 3 INCHES OF BLOOD, STRAPPING YOUNG LAD), the album follows 2010’s release of Crushing Onward Into Oblivion which was released on Invictus productions. Into The Kingdom Of Graves is scheduled for release in September.

Upon Shadows - The Way To The Pleiades