Doom / Sludge Metal influenced Black Metal fans to run here. Yes, ears are not very familiar with defining that; but if you are a classic Black Metal fan, I can guarantee that this music will not hurt you. I had the chance to catch a rocky band from Germany’s underground market. In fact, the album was released in April 2020, it will be almost a year; but still worth critical writing.

Although it is not clear when Turin Horse was founded, it entered the Metal scene with their first album Uncleared, which they released in 2018. “Antipas” is the third studio work of the band and they still do not have an agreement with a label. If the preparations for the 4th album are ongoing, a solid company agreement would not be bad.

The Doom / Sludge effect has given the album an intense atmosphere and captured the audience with a fast and aggressive introduction, the album easily draws the listener into this atmosphere in the following section. You are surrounded by walls, the feeling of fear and catharsis overwhelm you. The group’s methods of processing these feelings in their pieces are quite effective. So before you listen to the album, consider the intense Doom / Sludge effect you will face. Speaking of which, I think Black Metal is definitely at the forefront in the album; but the mix of music with Doom / Sludge is great. It is clear that the band has put their best work on the market with their third work, and a clear improvement is noticed. It is possible to see this in both vocals, recording quality and composition production workmanship. As I mentioned at the beginning of the review, dark feelings and despair are ingrained in the whole album and it is felt every second.

Another interesting detail about the album is that it was recorded live, it was recorded in the city of Hamburg; but the German friends did not give much detail on this matter. Nevertheless, if we put aside these details, the fact that the whole album was recorded live, seems to have a great place in the formation of the atmosphere of the album, provided that the engineering work was done well, the works achieved with this selection were not bad as can be seen. It is an important detail that there are no long breaks between the tracks, the anguish felt while listening to the recording continues uninterruptedly until the last riff. Although there are small nuances in some parts of the pieces that evoke the feeling of “I think there is a moment when I can breathe now”, the ongoing attack grabs the listener by his collar and draws him back to the atmosphere. A successful tactic followed during the composition of the parts. “Antipas” is a violently destructive and dark work, listen, it will not be a waste of time.

Chat with Don of the Dead from Nunslaughter

Chat with Don of the Dead from Nunslaughter 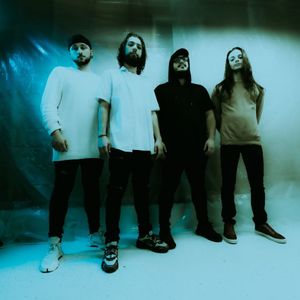